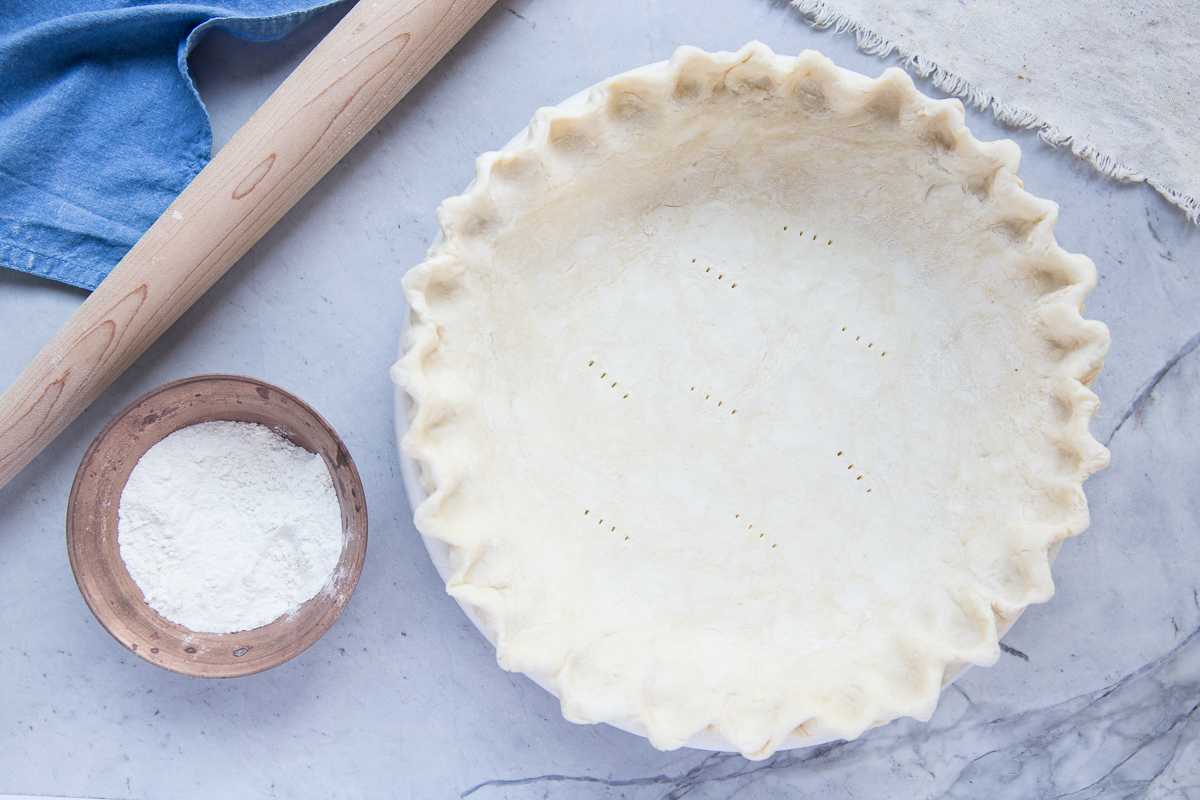 Written by Becky
This is the absolute best pie crust recipe, its a simple no fail method to making pies from scratch.  After years of trying recipe after recipe I gathered up all the best tips and tricks for this one.

As many of you know I love making and eating pies (and galettes) so I figured it was about time that I share with you my pie crust recipe, along with a little video to show you just exactly how to never again fail at making pie crust. 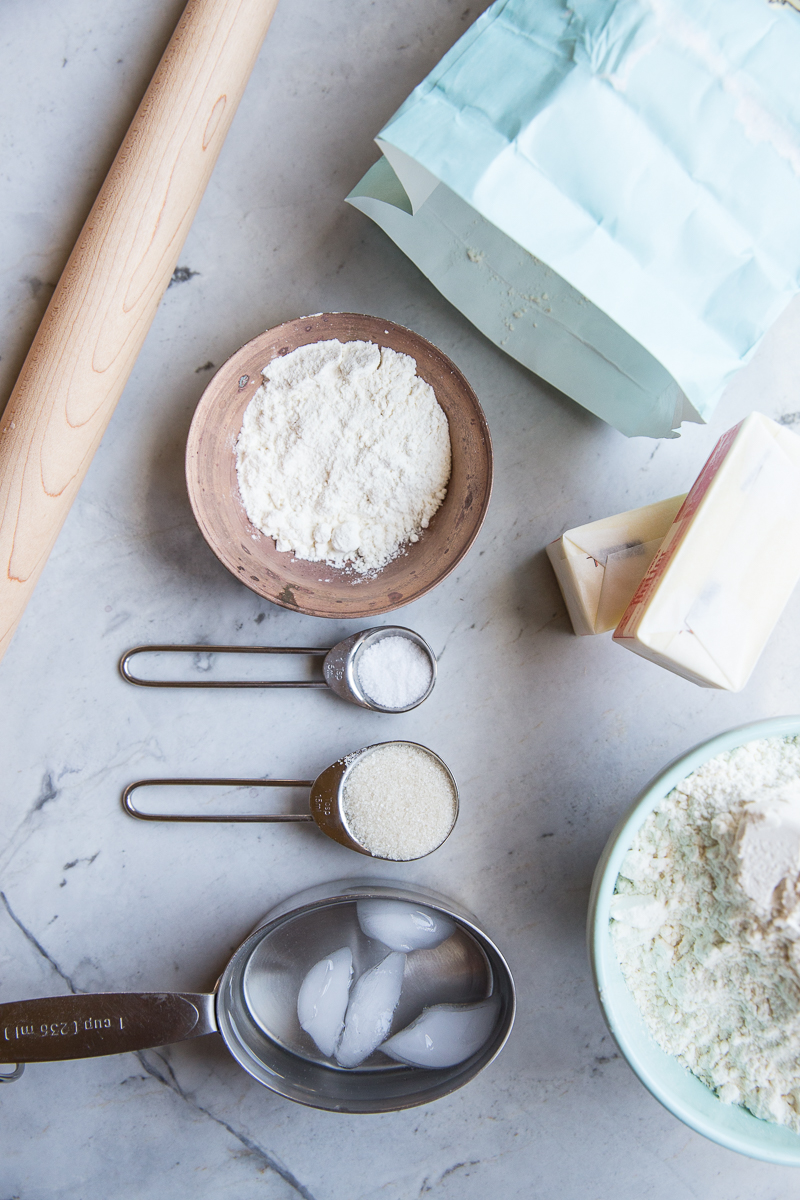 Homemade pie crust was my arch nemesis for quite a while but a few years ago, after my classes in baking at culinary school along with an afternoon pie baking session with friend who is also a professional baker, I found my rhythm.  Maybe I just needed a lot of practice, or to hear the same tricks over and over again, I’m not sure, but I finally got comfortable with pie crust.  Now, I love making it.  I enjoy it so much that I feel like I could whip up this pie dough in a matter of minutes.  So, eating pie is always just a few simple steps away. 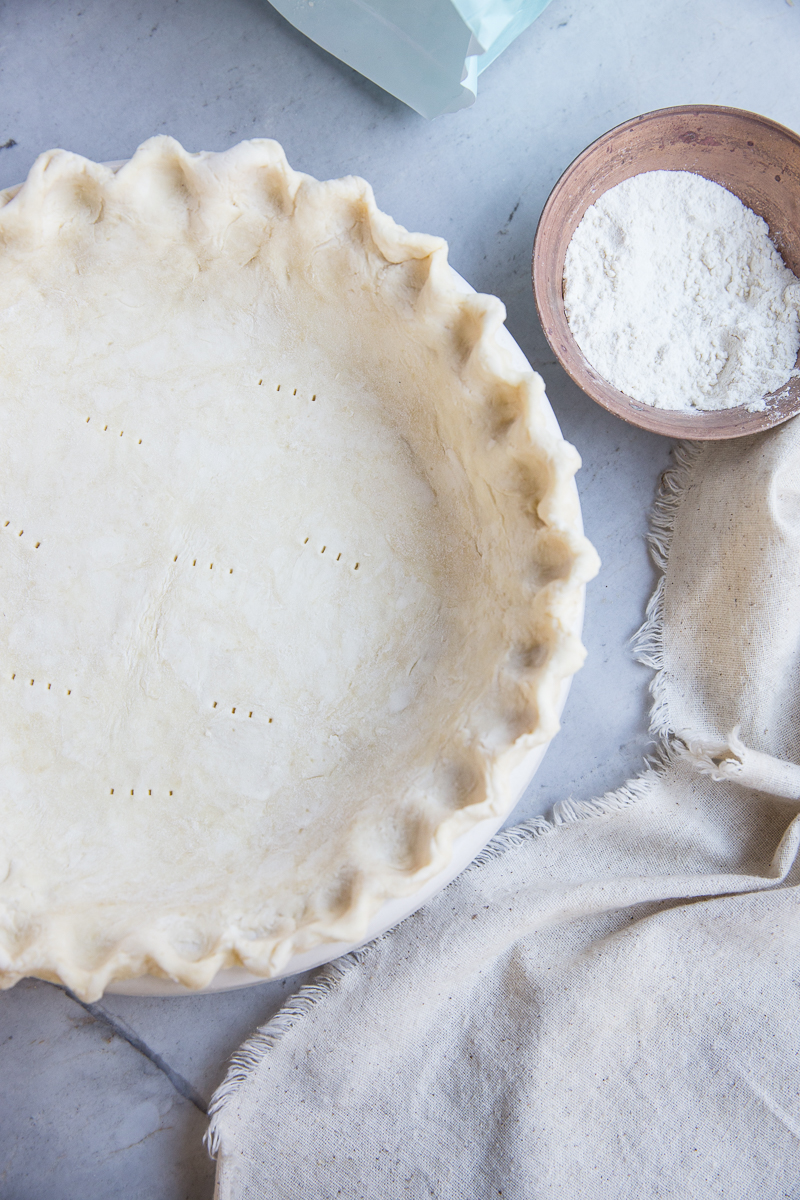 • Grate the butter and refrigerate before mixing it into the flour mixture.   This is just my little way of getting the butter into small just still chunky parts.  It ensures for some butter throughout the dough but also prevents you from having to handle the butter much as you might if you were cutting it into small pieces or using your hands to break into up into pea sized granules. The grater basically does this for you.

• I use both salt and sugar in my crust for a salty and slightly sweet flavor.  I also usually use salted butter even with the added salt. That’s just a personal preference.

• Handle the dough as quickly and efficiently as possible with your hands.  Since you’re hands tend to warm up the dough (and thus the butter too) you don’t want to knead or mix the dough for too long… just long enough to get the dough formed into a ball. 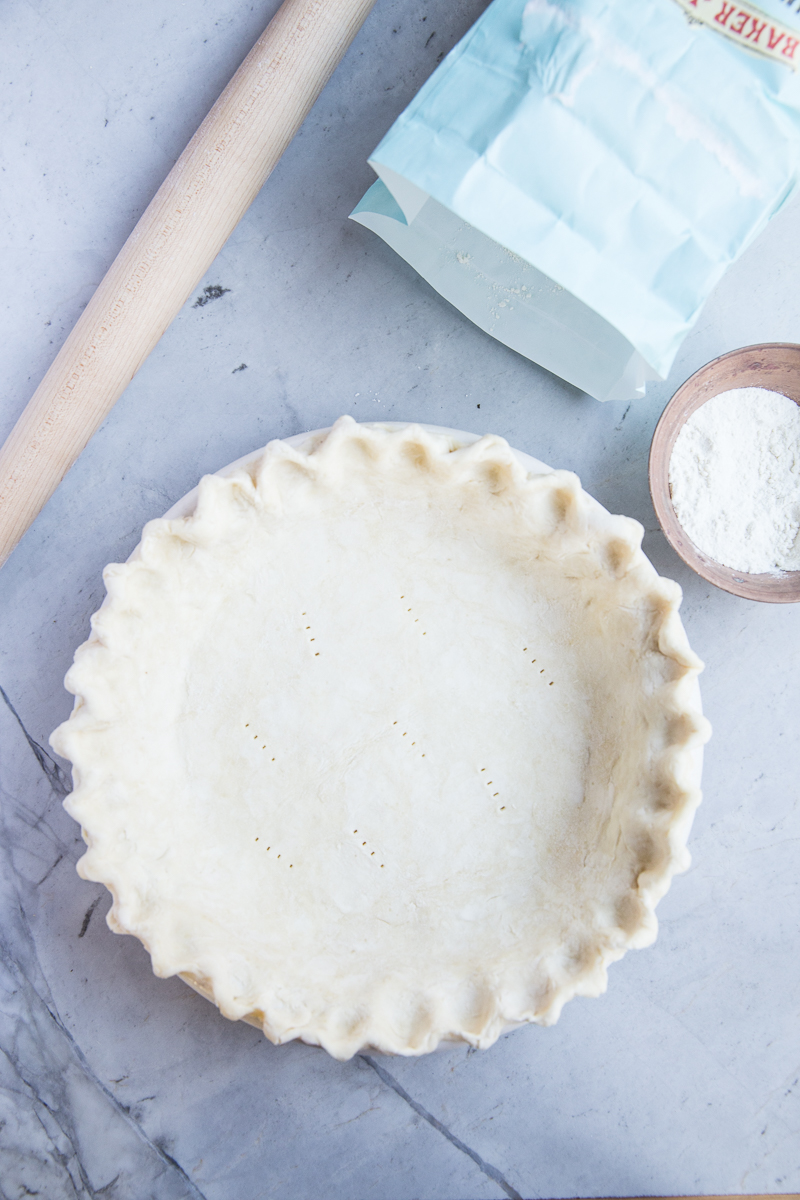 This recipe makes two pie crusts. I always make the full recipe and if I doing need two at the time, I freeze one for later. Defrost overnight in the fridge the night before using.
Tried this recipe?Let us know how it was!

My favorite pie and galette recipes