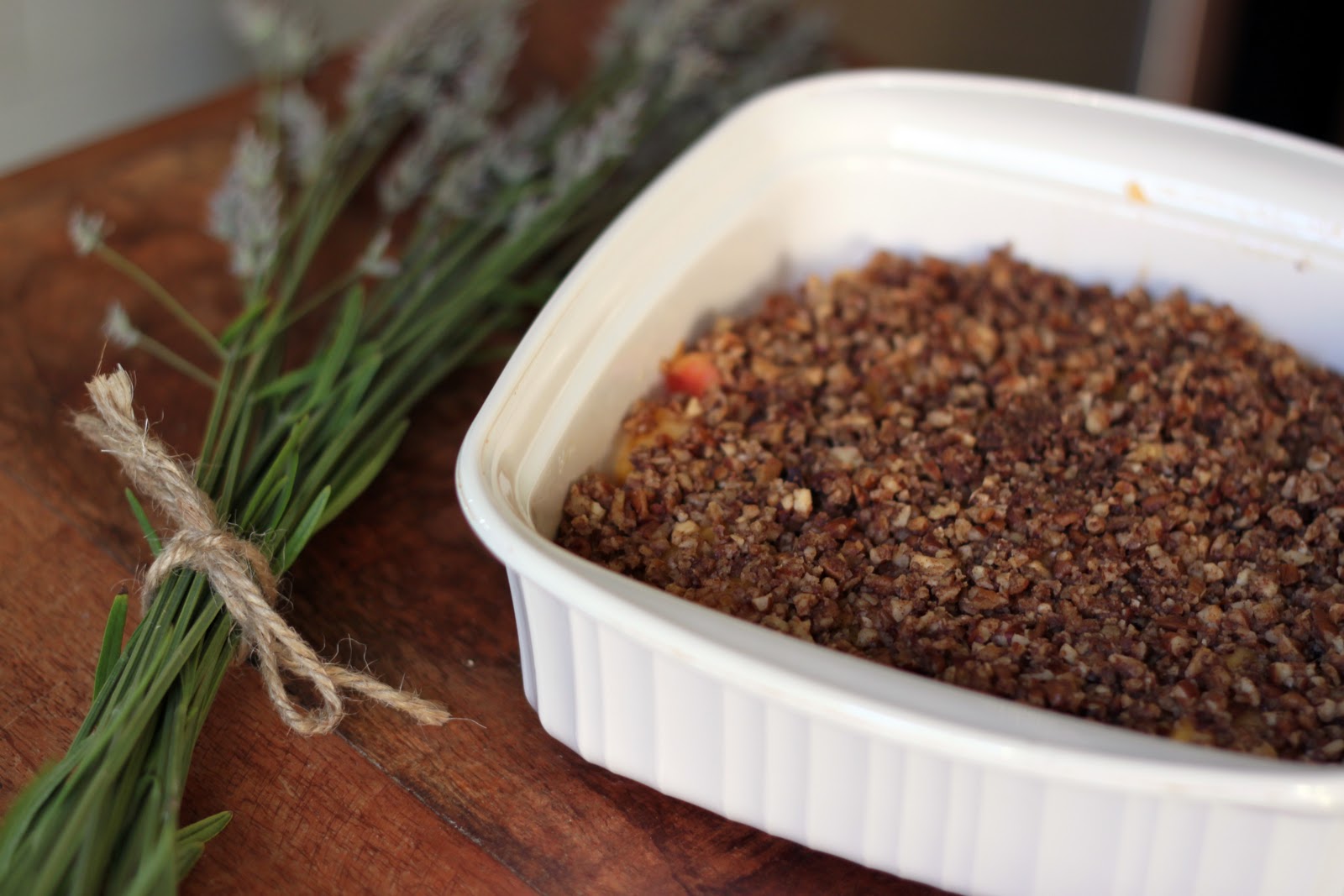 Good friendships drive you to do crazy things.  Not necessarily bad things just abnormal things.  I have a very sweet friend who is vegan and night-shade free, who also shares with me a love for cooking and good food.  Gladly, we have now made several meals that are vegan, all of which I have really enjoyed.  It is refreshing to have a meatless, cheeseless meal a couple times a week, plus it caused me to branch out and learn about some new-to-me vegetables, like rutabagas or celery root.

The most fun, of course, was taking on the challenge of making vegan desserts.  We have found some genius recipes for super tasty desserts that the whole crowd enjoyed, vegan or not.  This is my favorite thus far:

DIRECTIONS
Preheat oven to 350 degrees and grease a baking dish with coconut oil. Peel and slice peaches, then mix peaches with cinnamon and sugar.

For the topping: Combine chopped nuts, cinnamon, nutmeg and salt in a bowl.  Melt coconut oil for about 40 seconds in microwave or over stove-top. Whisk together melted coconut oil, agave and vanilla, add to nut mixture.

Place peaches in baking dish then top with hazelnut pecan topping.  Bake for about 15 minutes or until fruit is bubbling.

Jen of Delightful Delicacies also used this hazelnut pecan mixture as a pie crust for avocado key lime pie, which sounds amazing.  Her thoughts were that it might get too soggy with a fruit pie so I decided to turn the crust into a topping, which turned out fabulous.  We have also make this for breakfast, enjoyed with a cup of strong espresso.