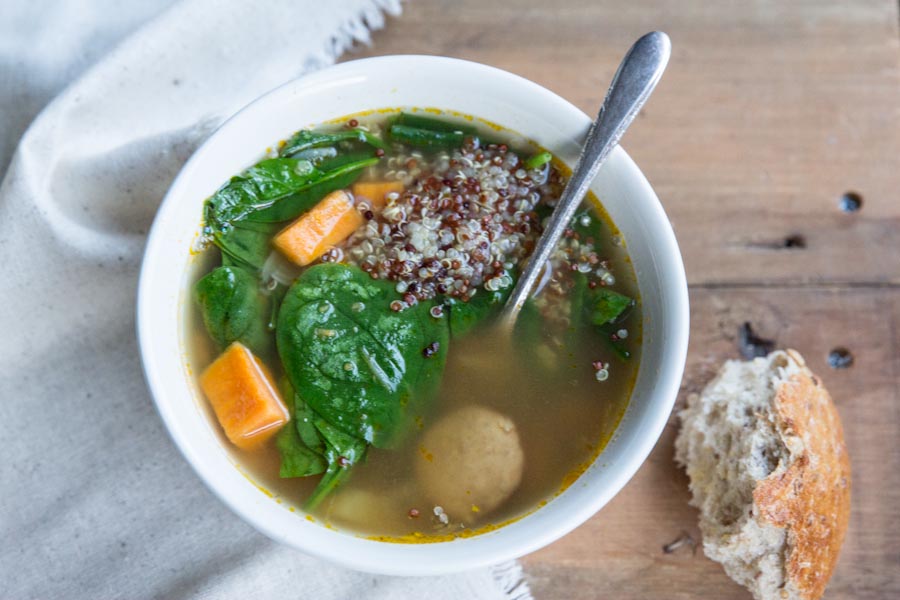 I poached this recipe from my friend Anne, who first snatched it from the Smitten Kitchen blog. It’s been altered slightly as it’s passed from each person.  It is the winter soup of all winter soups, hearty and still healthy, full of winter produce and leafy greens as well as a generous amount of sausage.  We love it and I think you will too. 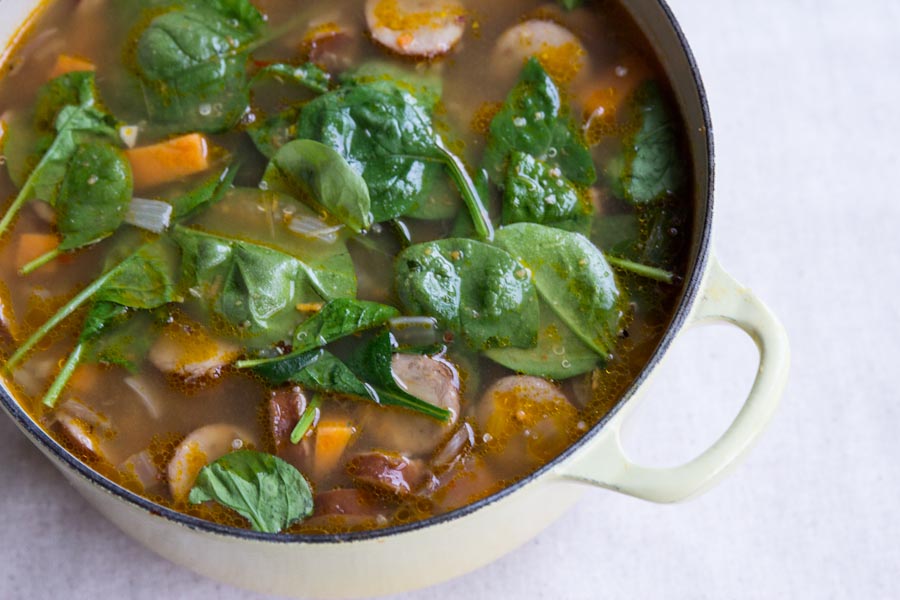 When our friends first made this for Josh and I, it was a freezing cold winter evening and we hopped through the snow in our snow boots through their side gate to the cosy little back house where they lived at the time.  It was a teeny tiny, one bedroom flat in the garden of another home.  They were newly-weds and it was perfect.  Anne had made the little space a cosy home for them, with dried herbs, candles, and used furniture.  The living room was the kitchen, which was also the dining room.  She made the whole meal, including homemade bread, in the space she had, filling every corner of the house with dreamy smells! 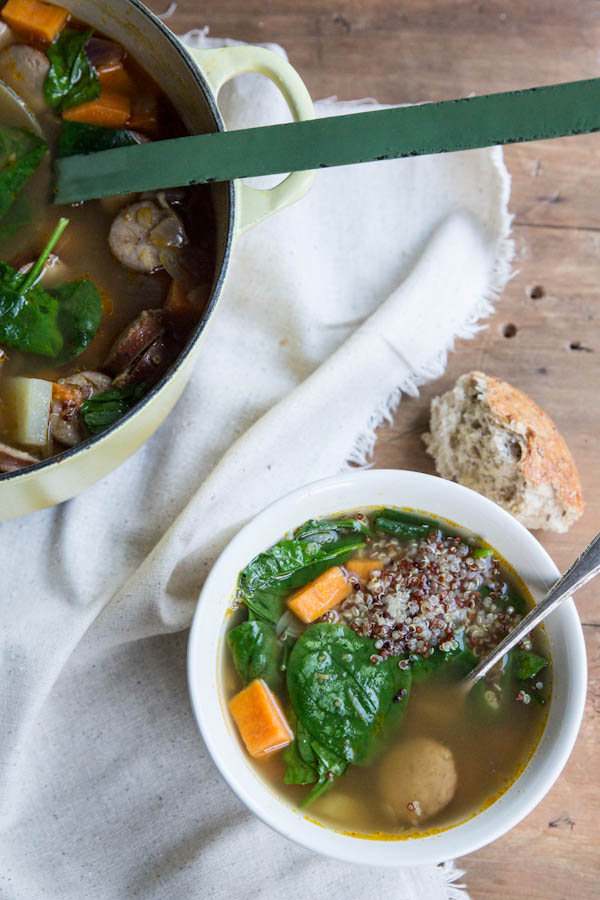 This was all very familiar to Josh and I, as we started out in a bite-size garage apartment too (even smaller than theirs).  We exchanged stories of living in such small spaces – like the time when Josh and I were in an argument and I, with no where to get away to, sat on top of the washing machine in our “closet” and chatted with my girl friend about it on the phone, Josh overhearing all of my conversation.  Or when I made him a special multi course dinner one night, which meant that split pea soup sprayed over the walls from our cheap blender and dirty dishes where everywhere, ending in Josh nearly deciding to just through them away (don’t worry I didn’t let his bachelor tendencies win).  There were beautiful sunsets from our little window and long walks around the nice suburban neighborhood. These first couple of years where so special and memorable and we wouldn’t change a thing. 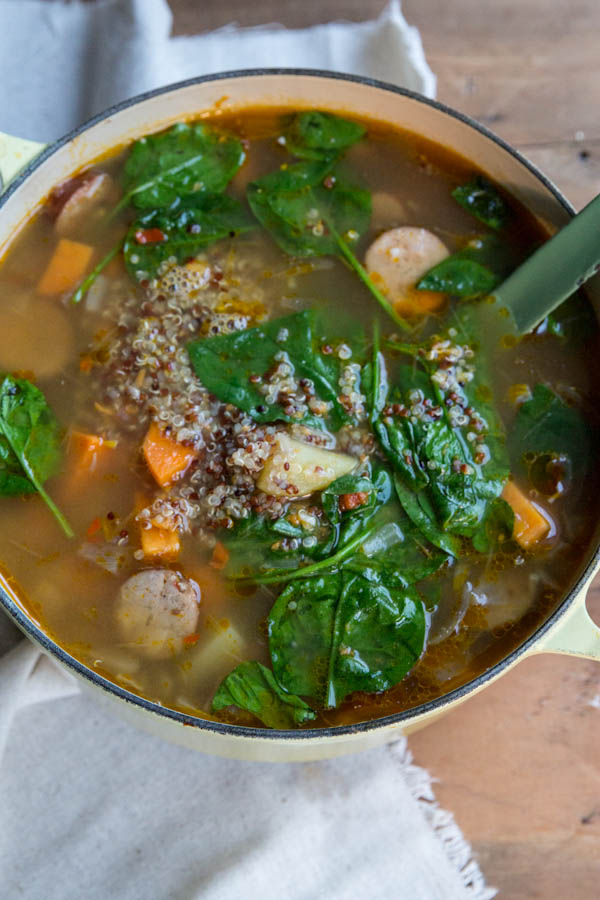 So every time we make this soup (and we make it often) we remember our friends and their special gesture to us by welcoming us into their home and lives, and we remember the early days of marriage, though cramped it was just what we needed to begin our life together.

Use whatever sausage you like best but if it's not already cooked when you buy it then go ahead and cook it before starting the soup.
Posted in
Dinner, One Dish Dinners, Winter
Add To