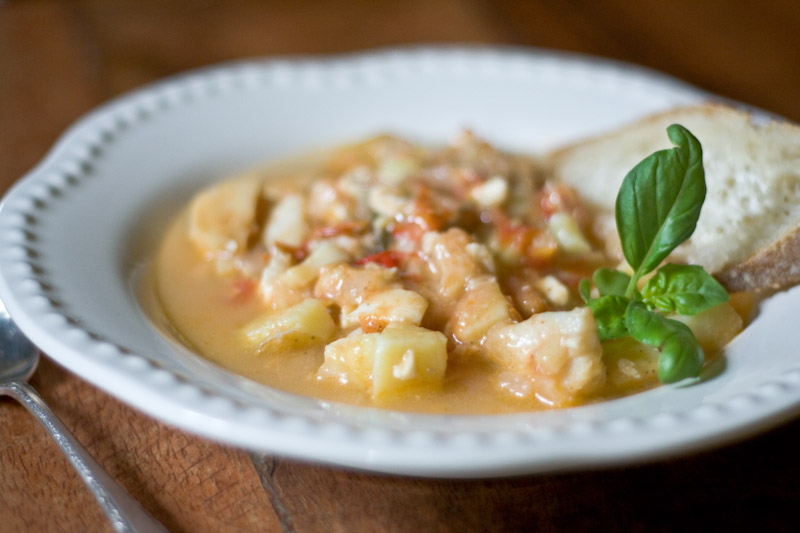 In the last month Salt Lake has felt more like Seattle.  We’ve tried to embrace the rain by taking walks with our oversized umbrella, going for jogs in the rain, staying in and sipping on hot tea while watching episodes of our favorite shows, and of course, making rainy weather foods like soups, stews, and roasts.

A dear friend of ours, Evan, came back to Salt Lake for a visit in between jobs.  He has been working on vineyards around the globe, gaining insight on winemaking and wine culture.  We decided one evening to have a big Italian Feast. Guided by Evan’s expertise, we made Fisherman Stew and Arancini (which you’ll hear more about soon). While we cooked we nibbled on a variety of delicious olives and Creminelli Salami from Tony Caputo’s. 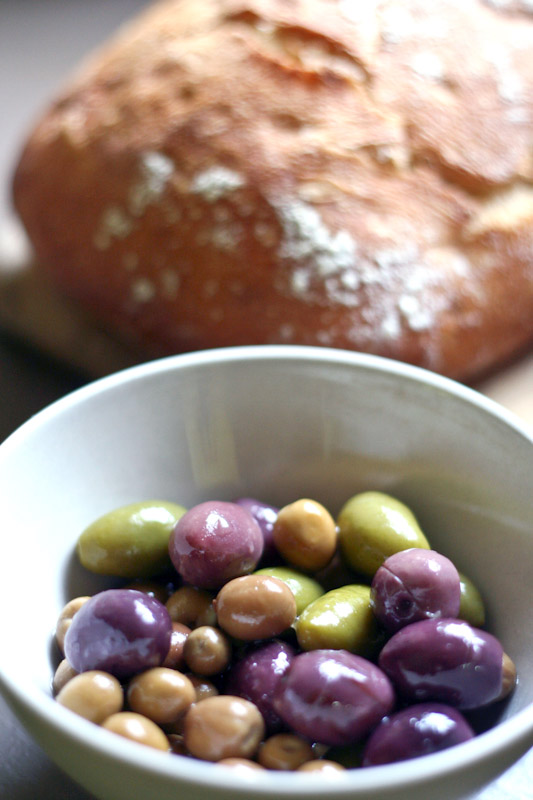 What I love most about all of my traveling friends is getting a taste of their experiences.  I loved hearing about Evan’s adventures: learning to cook from the grandma who lived on the vineyard, stories of people he had met in the cities he’d lived in, and his discoveries of unusual heirloom wines.  He has a vast knowledge of wine pairing and wine tasting, which I love hearing and learning about.  A certain beauty comes out in a person when they are speaking about their passions. But more than his knowledge, his company is rich. As much as he cares for wine, he cares about the people whom he has met along the way. We sat a talked for hours about life, friendships, personalities, and our hopes for the future.  Dreaming, eating, sipping wine, and eating some more.

I’m excited to share with you Evan’s recipe for Fisherman Stew, one he ate often while traveling around Italy.  It is a peasant dish that’s simplicity is what makes it so delicious. The foods that originated in poorer times are so intriguing now having become the most culturally rich dishes of many countries. He paired this savory stew with a Prosecco Sparkling White Wine because we were having Utah-liquor-law issues.  He had some more ideal wines in mind that the Wine Store wouldn’t sell to us.  That’s another story for another rainy day. 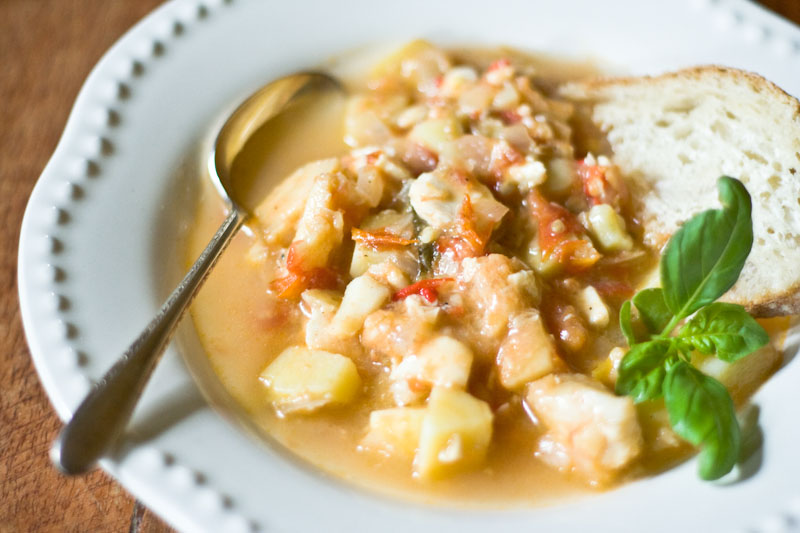 Keyword soup
Tried this recipe?Let us know how it was!

Here is a another version of Fisherman Stew from the New York Times and an even simpler version from epicurious without a fish stock.  Although I personally think the stock flavor is what makes the stew so good.  For fresh fish locally in Salt Lake, I highly recommend Whole Foods or Aquarius Fish Co, next to Tony Caputo’s.