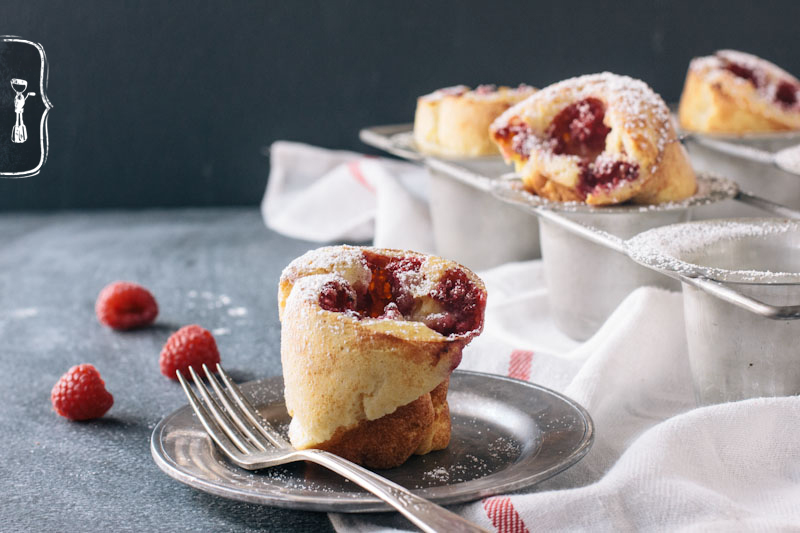 My dear friend Annalise and I concocted this recipe for Raspberry Popovers together.  It was like a month or so in the making, but when we finally found the time to get together and bake, our ideas came together brilliantly, making these light and fluffy popovers with a touch of elegance with the addition of fresh raspberries. 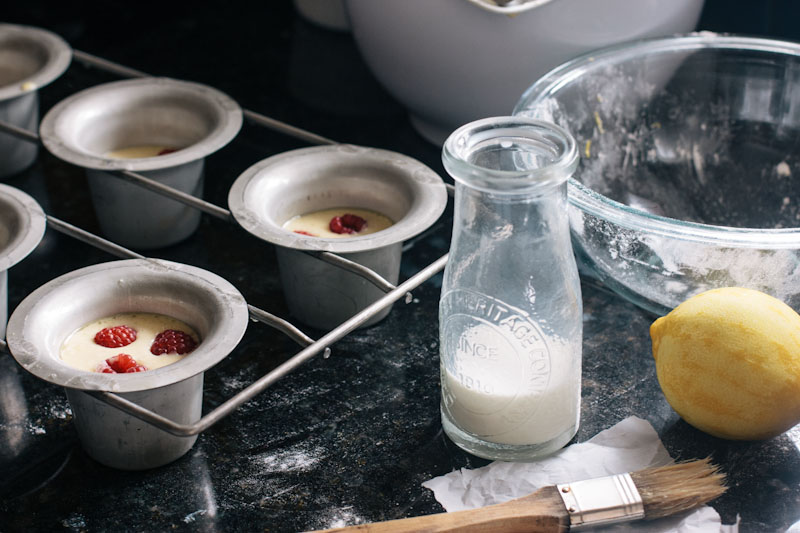 Our idea began as she told me over her latest great find of a vintage popover pan.  I explained the lack of popovers in my life and that I really had never even tasted one, then we decided we had to create some together.  In my naiveté of popovers, I suggested raspberry popovers.  I really had no idea what typical flavors were but it just sounded nice to me.  At this time I had no idea I was talking to the popover queen. 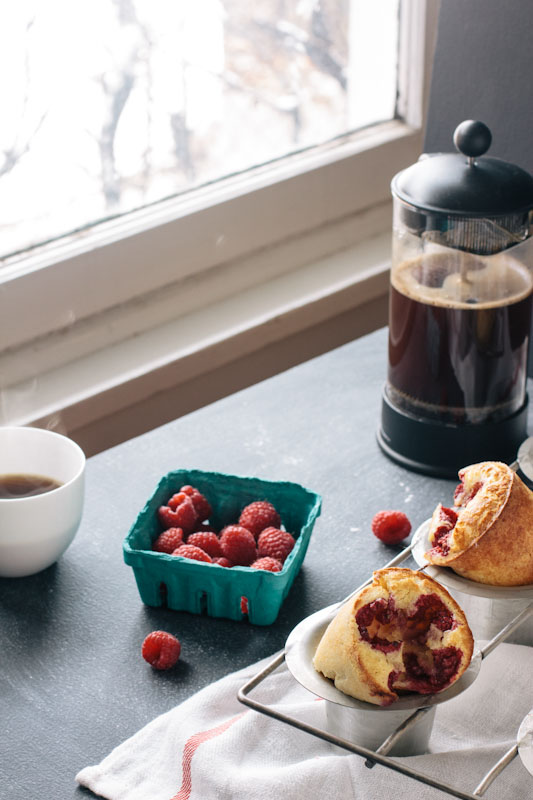 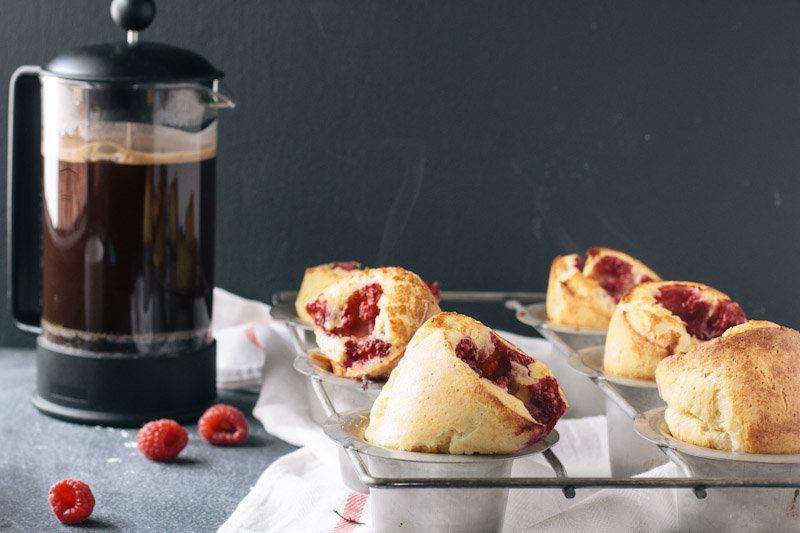 As we easily stirred together the batter and threw a batch into the oven, Annalise told that she often made these growing up.  As she explains in her popover post here, these were her baking treat of choice in her college days.  So, while I was making boxed brownies and throwing in a snicker bar for a little “gourmet twist,” Annalise was making these beautiful, delicate popovers.  I guess she was a bit ahead of me then as far as baking goes. 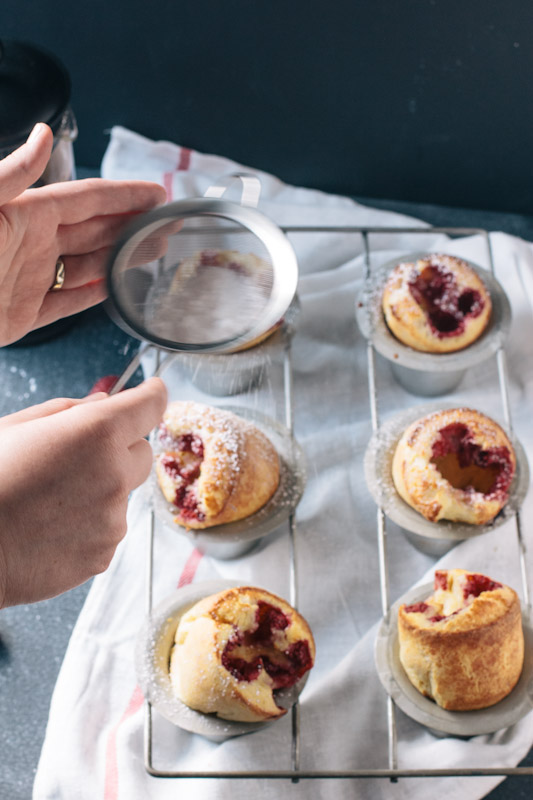 Through her expertise and my sophomoric knowledge of popovers, together we came up with something outside of the box, which turned out to be quite brilliant.  Another lovely example of two minds being better than one! 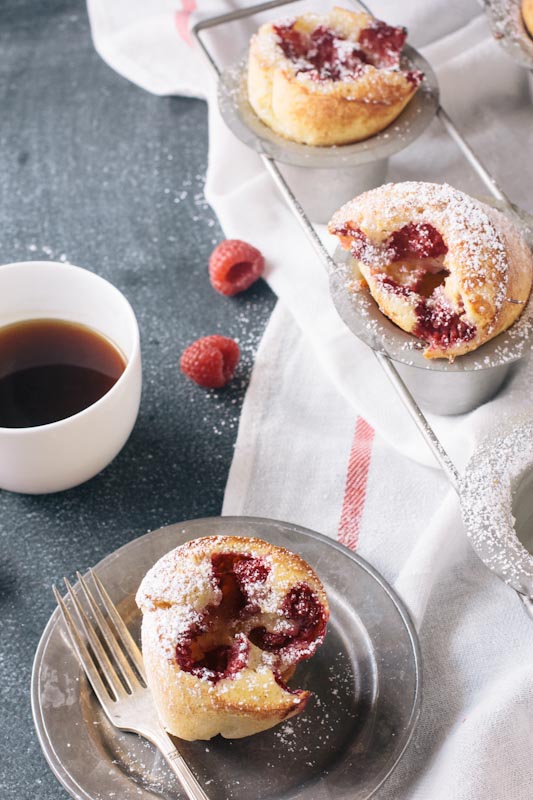 If you don't have a popover pan, a muffin pan will work just fine.
Tried this recipe?Let us know how it was!
Posted in
Baking Confections, Best Meal of the Day, Breakfast & Brunch, Categories, Recipes, Vintage Mixer
Add To