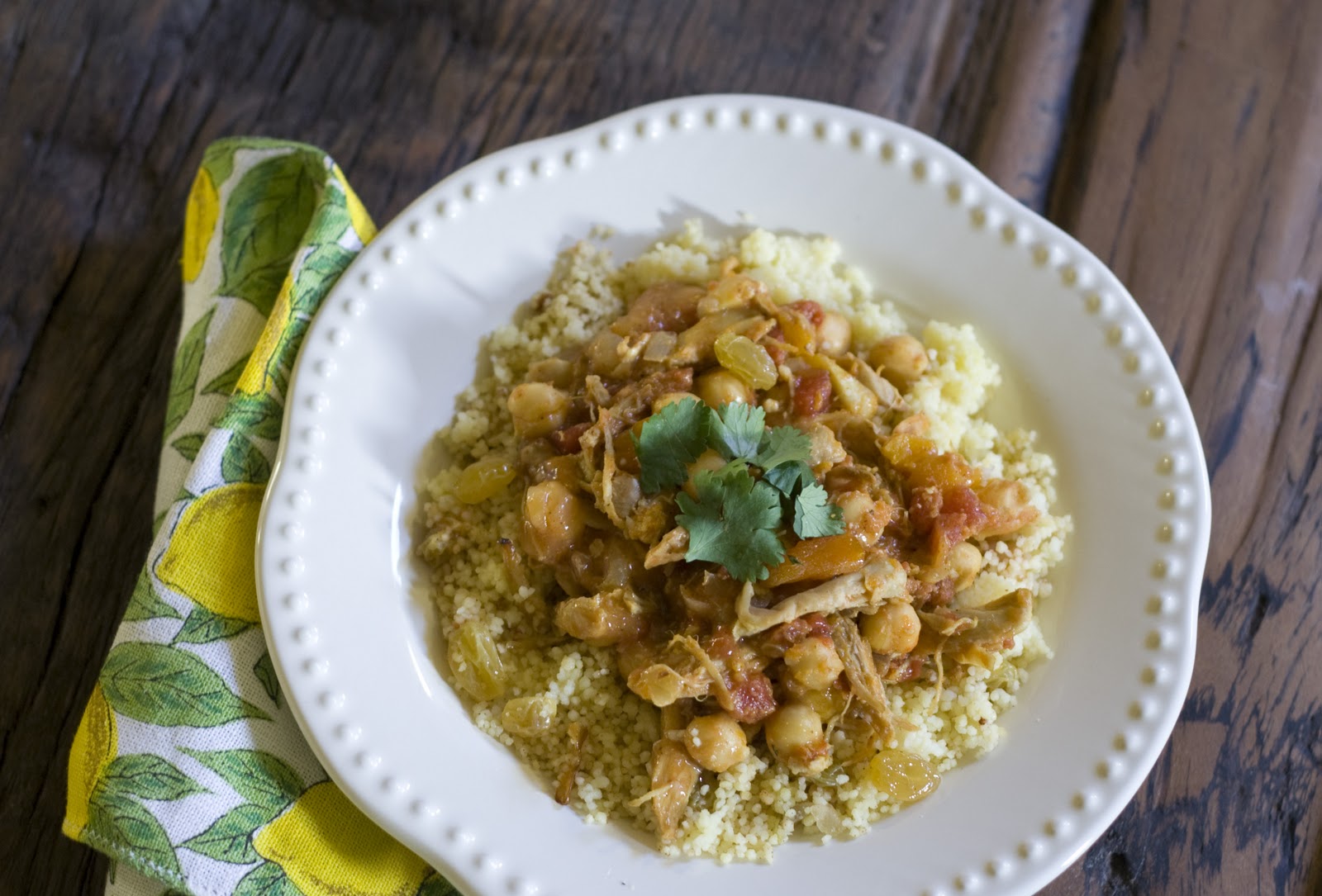 This recipe takes me straight back to a time and place – 2003 Granada, Spain.  A group of us hiked up to a restaurant overlooking the ancient Alambra fortress to eat the best Moroccan food I’ve ever tasted.  We sat outside in the warm summer air under a colorful tarp and many of us ordered a dish very similar to this:  Moroccan Tagine over spiced couscous with golden grapes and caramelized onions. I can almost smell in now…

We were in Granada for a summer during college, studying Spanish and spending time with local college students.  It was definitely a summer I’ll always remember and Granada was a city I’ll always want to return to.  Cobblestone lined the streets of this old Spanish city, plazas filled with flowers and fresh pasta, grand historic cathedrals with ornate architecture and stain glass, and the impressive palace, the Alhambra. 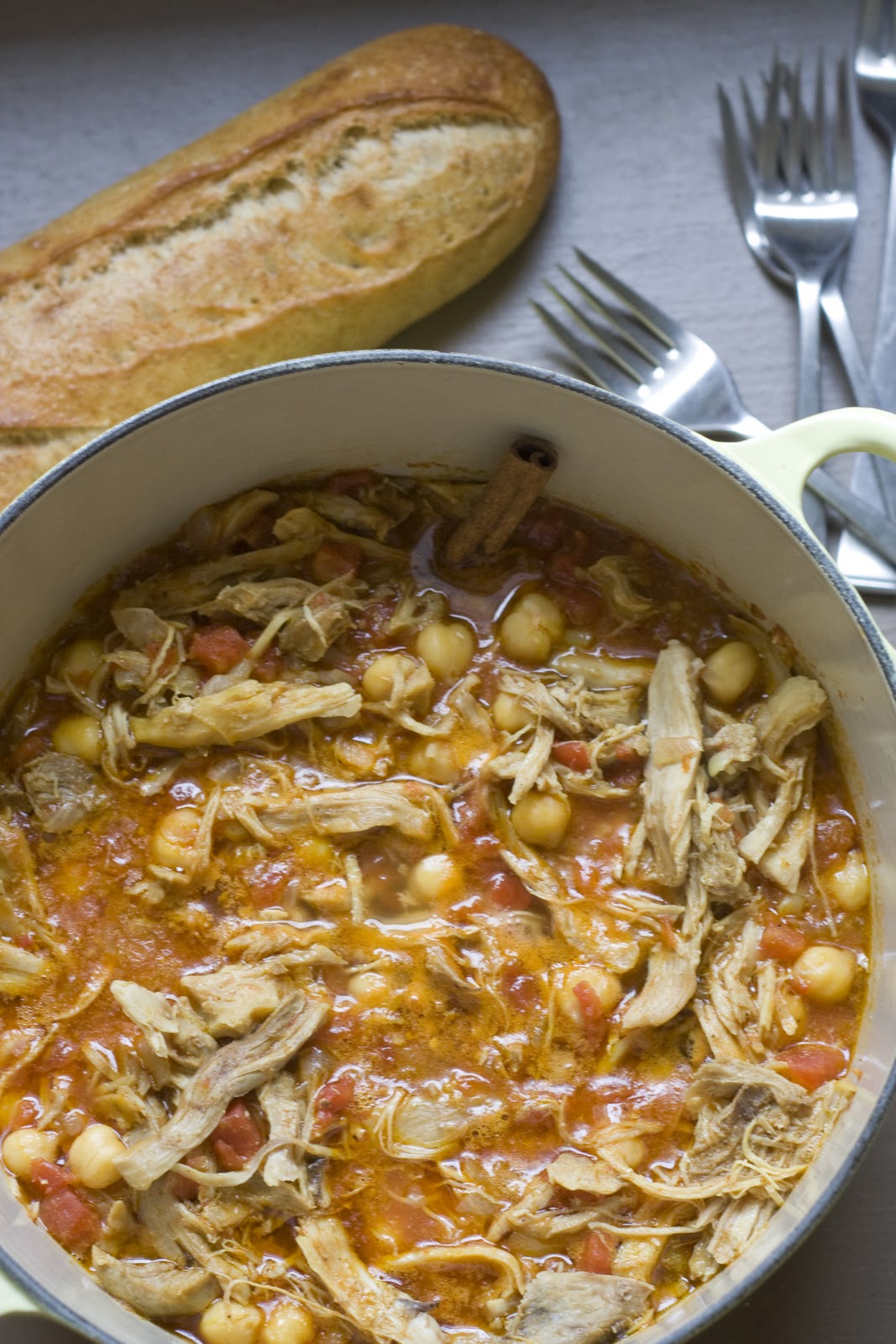 If you ever find yourself in Spain, you must wander this magical city. The city of Granada is divided into two parts, a Spanish part and a Moorish (Muslim/Arab) part because Granada was the last Moorish stronghold before the Spanish took over the area. Today, you can still see much of the remnants of the Moorish community there, especially in Albayzin, the hill where we ate that night.

At that point in my life I’m not even sure I knew what a tagine was but all of the ingredients sounded so marvelous that I knew I had to try it. A tagine is slow cooked North African Stew with a combination of several spices made in a earthenware pot.  Ever since that magical evening on the hill, many of us have tried to remake that meal, and after several tries, I think I’ve found a really great match. 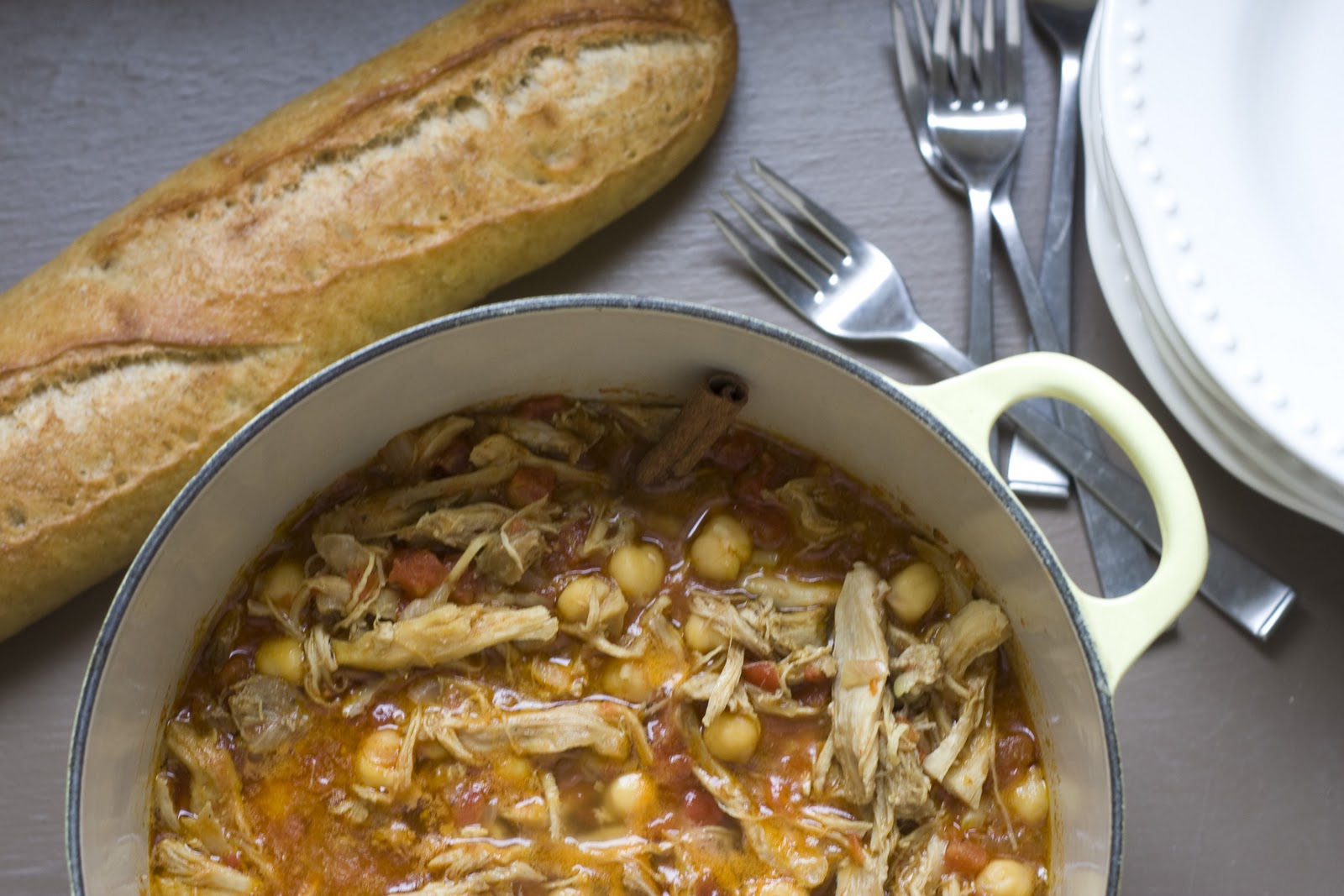 Use any amount of water/broth/juice ratio, just make sure you have 1.25 cups of liquid for 1 cup of couscous.