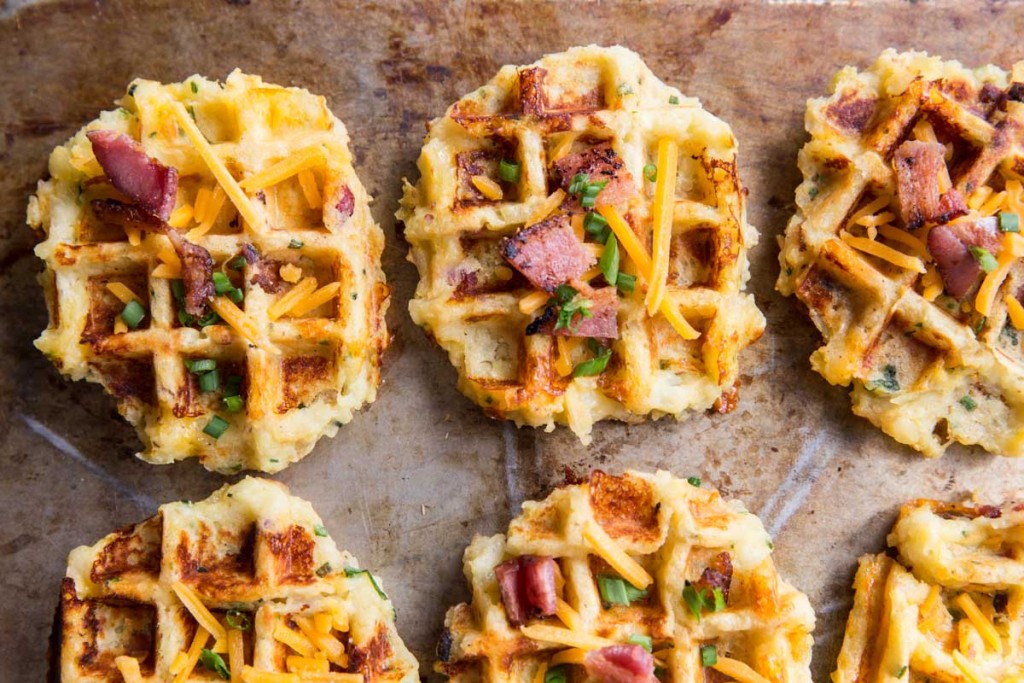 These Loaded Baked Potato Waffles not only tastes amazing but they are a super fun meal to serve to your family and friends. Make them as a side dish for a larger group or as a fun dinner for your family.  We like to make breakfast for dinner on Sundays and sometimes make these topped with an egg! 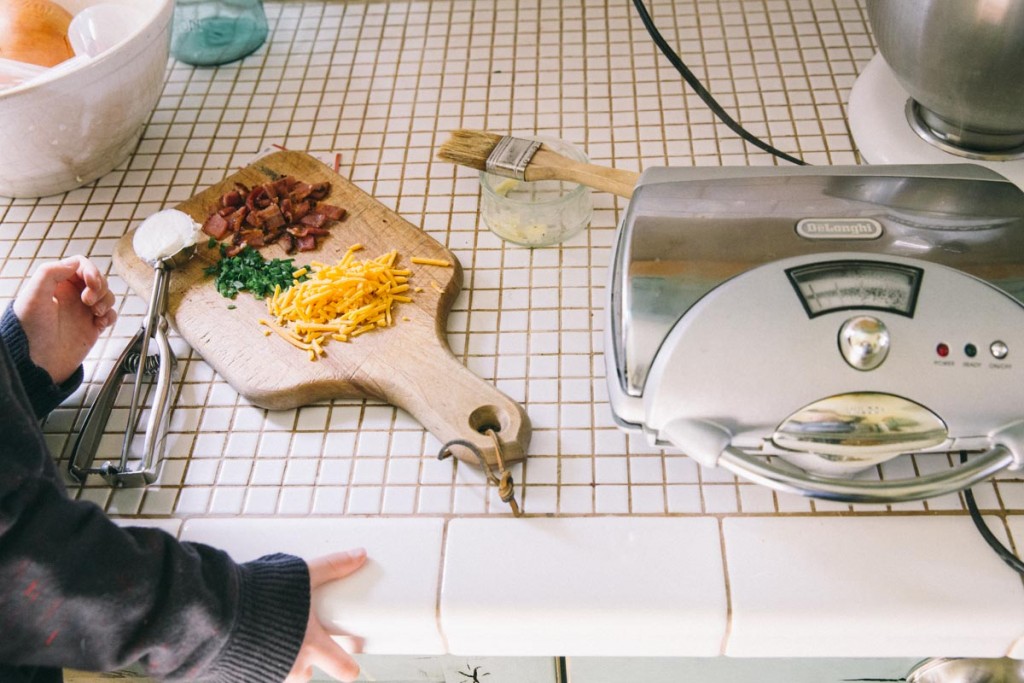 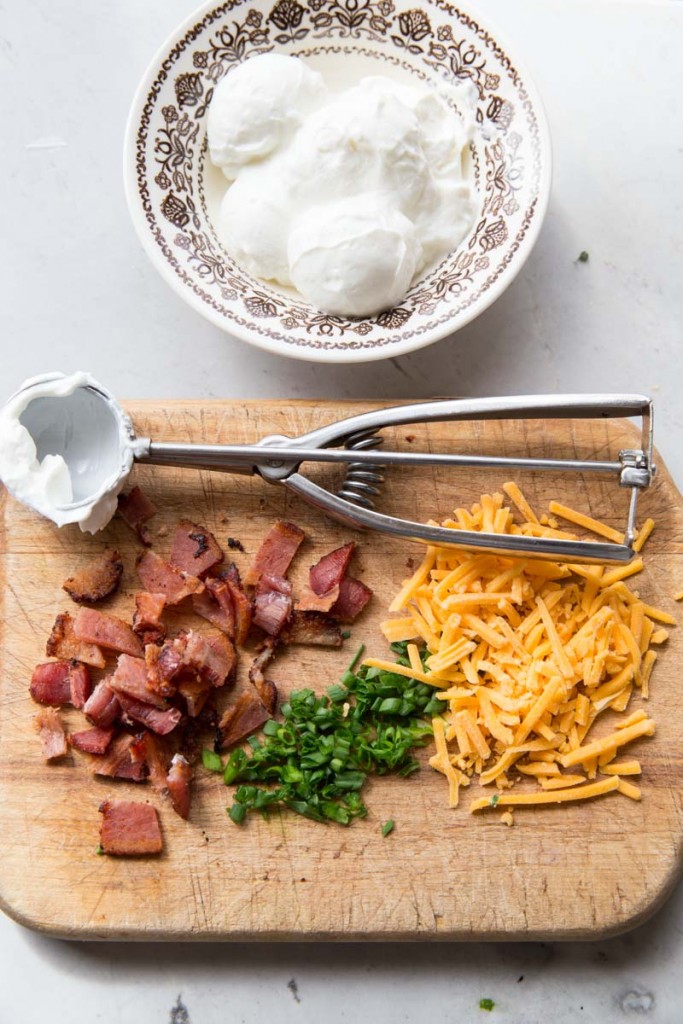 A few years back I tried my own hand at potato waffles using some leftover mashed potatoes and thinking it would be easy enough, right.  Well wrong… the fun looking photos I’d seen of other foodie friends using their waffle iron to create these savory potato waffles turned out to not be as easy as I’d assumed. A few recipes later and after much experimenting I’ve landed on a fail-proof way. 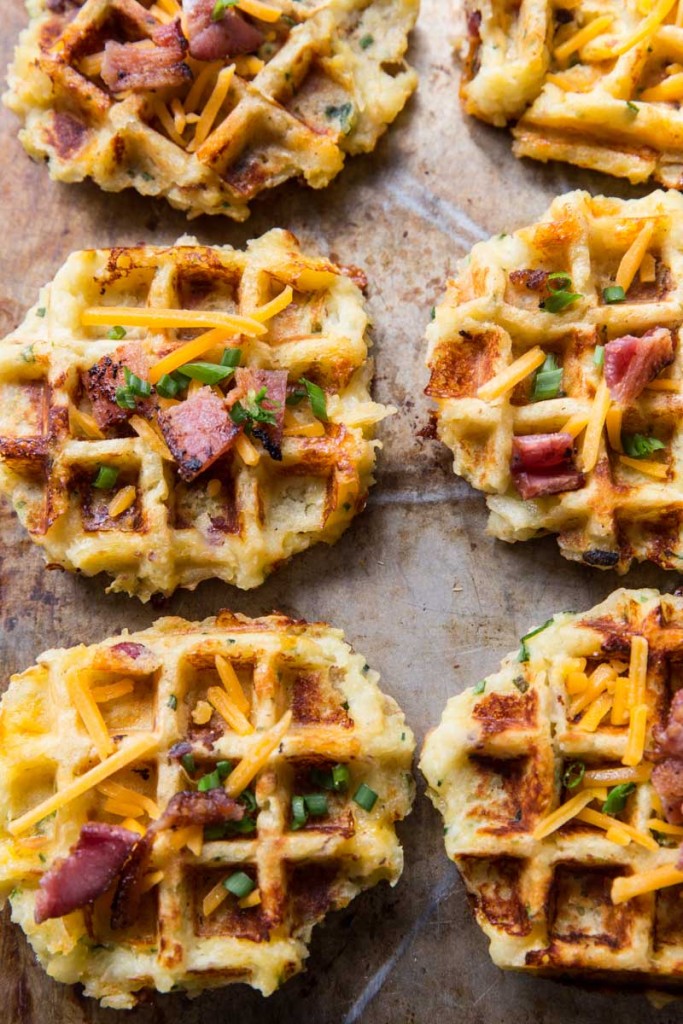 Make sure your waffle iron is HOT and on the highest (crispy setting).

Use russet potatoes (they tend to be the driest potato) and squeeze dry the shredded potatoes after you’ve baked and grated them with a cheese grater to make sure they don’t have any moisture.  Adding flour to the batter also helps to make the potato mixture dry.

You may need to leave them in the waffle iron a minute or two past the beep depending on your waffle iron so slowly and carefully check them when you’re opening up the waffle maker. If they are not yet ready the waffles will often break or split.

Use butter or a good cooking spray to grease the waffle maker between ever addition of batter so that the potatoes don’t stick.

Keep the cooked potato waffles in a warm oven to further crisp them up and keep them warm until they are all cooked. 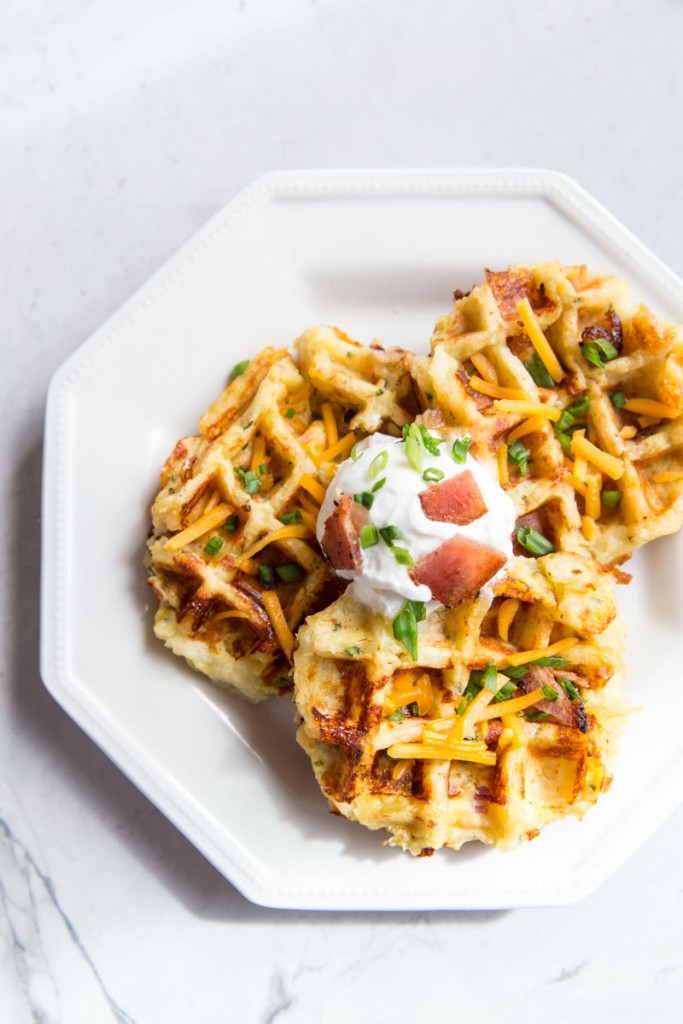 Hope this meal is as fun for you as it is at our house! 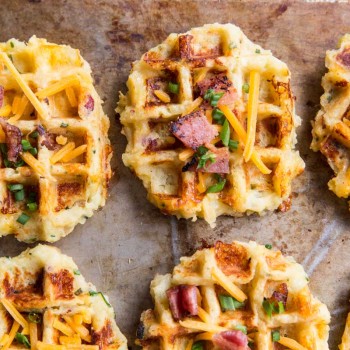 If the potatoes fall apart when you try and open the waffle iron then they need to be cooked longer. Carefully use a fork to remove the waffles from the waffle iron without breaking them. They will continue to crisp up in the oven.
Tried this recipe?Let us know how it was!

This recipe is adapted from Food and Wine

Posted in
Best Meal of the Day, Dinner, One Dish Dinners, Side Dish, Vegetarian, Winter
Add To