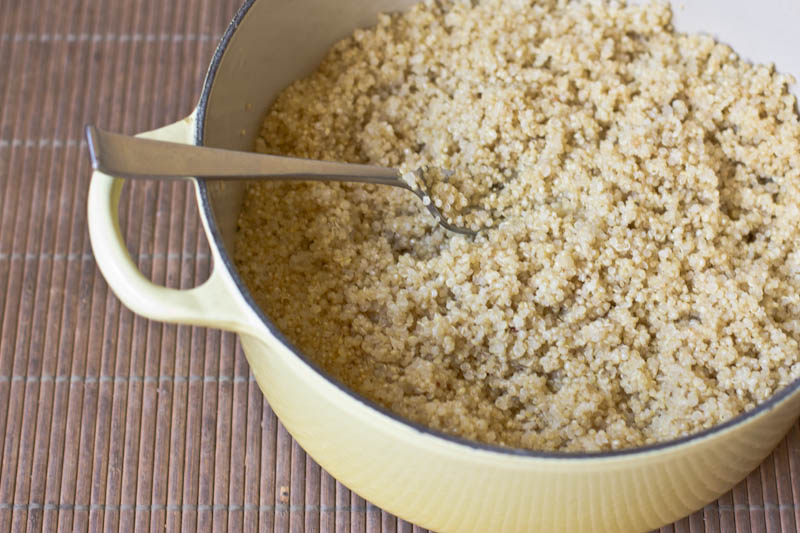 How to make perfect quinoa

Making a quinoa for a crowd can be harder than one would think.  This past weekend I prepared a quinoa salad for a dear friend’s wedding and learned (by fire) that making quinoa in a large quantity often leads to a mushy quinoa mess. After a complete fail, I finally figured out how to make perfect quinoa. 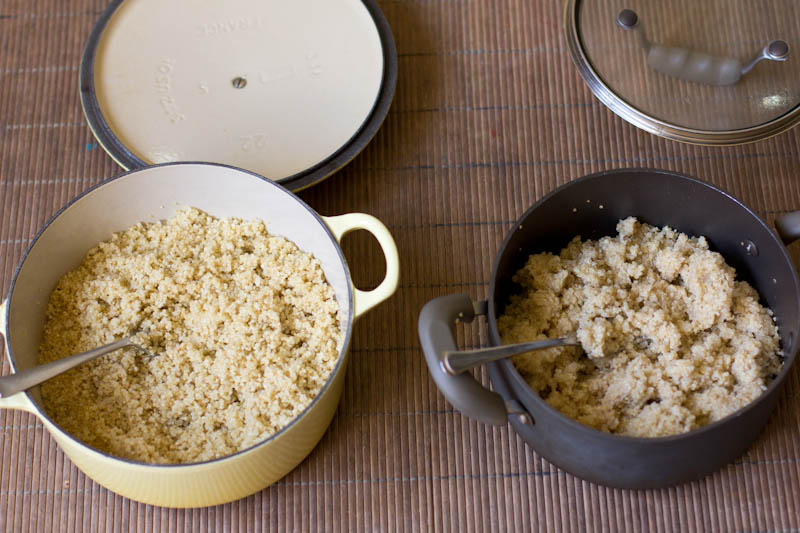 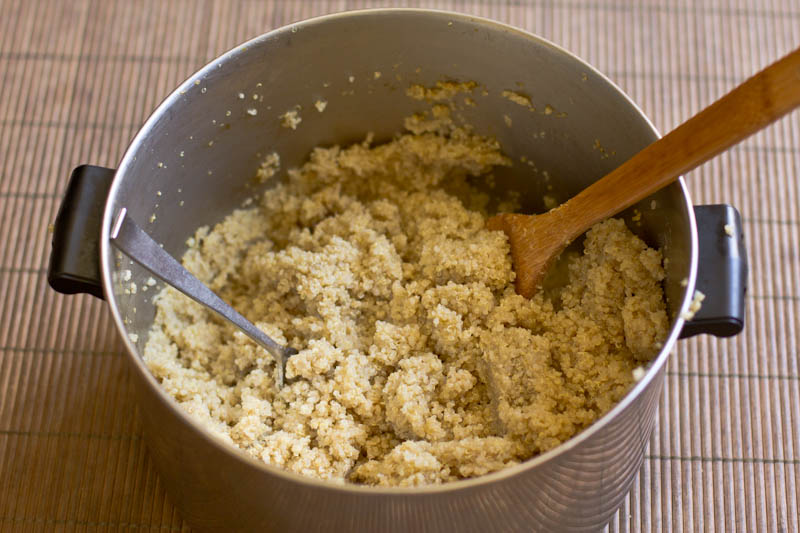 up-close with my mushy quinoa mess

I did ask a few friends if they ever experience mushy quinoa or quinoa that’s not fluffy and they all replied, ‘no’.  So, apparently I’m the only one, but just in case there are a few more of us out there… here are my tips for non-mushy, perfect tasting, quinoa.

I hope my kitchen fail will help someone else out there!  And when you’re done making perfect quinoa, here are my favorite quinoa recipes: 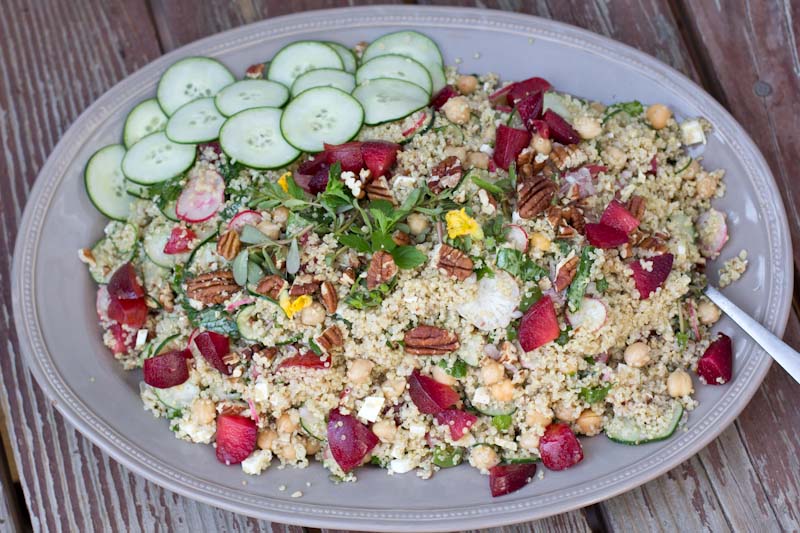 Quinoa Salad for a Crowd with Pecan Dressing and Seasonal Vegetables
Quinoa Stuffed Acorn Squash
Breakfast Quinoa with Fruit and Nuts
Moroccan Chicken with Avocado over Quinoa
PS… don’t throw the mushy quinoa out!  You can use it in muffins, cookies, or as a morning cereal with fruit and milk.
Posted in
Categories, Oats and Grains, Vintage Mixer
Add To