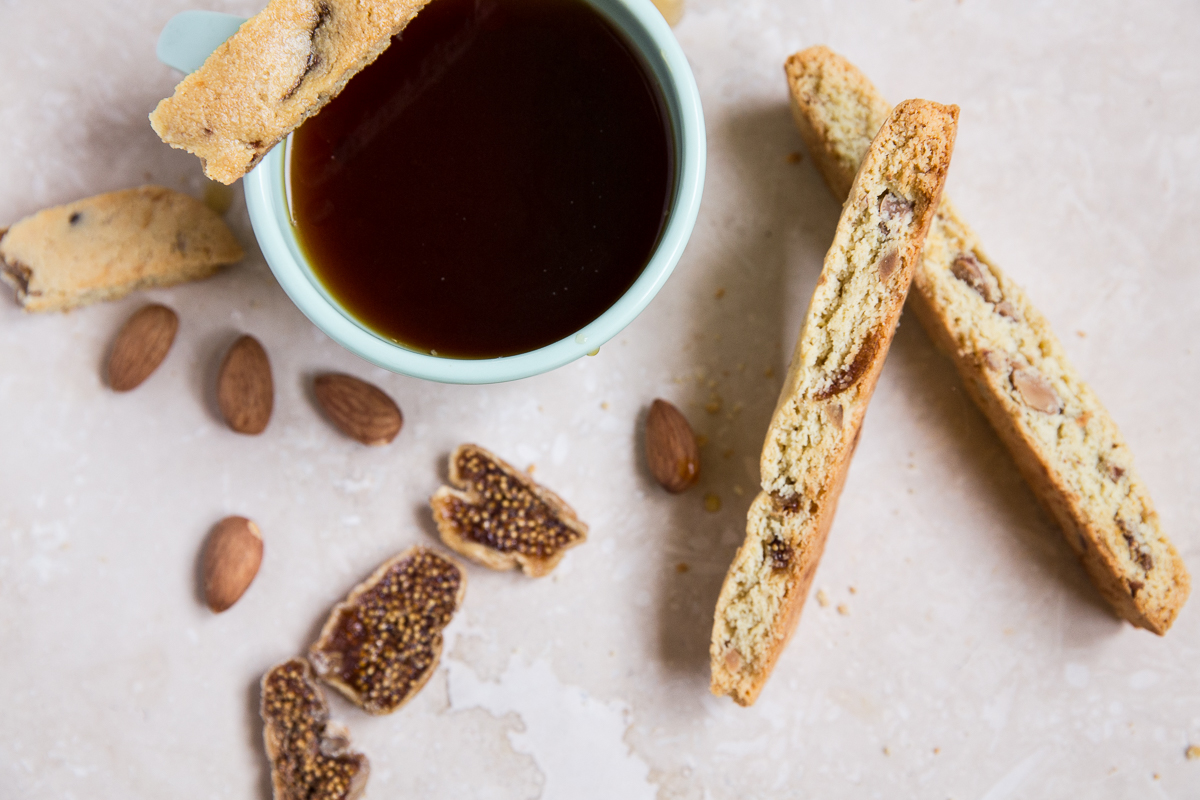 Written by Becky
This gluten free almond flour biscotti is a recipe I created to satisfy my cravings for Italian Cantucci.  I use Bob’s Red Mill almond flour and just a few other ingredients to make this a simple and easy biscotti recipe. While my husband and I love dipping these in our morning coffee the kids enjoy dipping them in a mug of almond milk.

If you’re new to reading my blog, we just returned from a 3 month journey in Europe. We spent time in France, Italy, and Croatia and picked up lots of inspiration and sweet memories along the way. 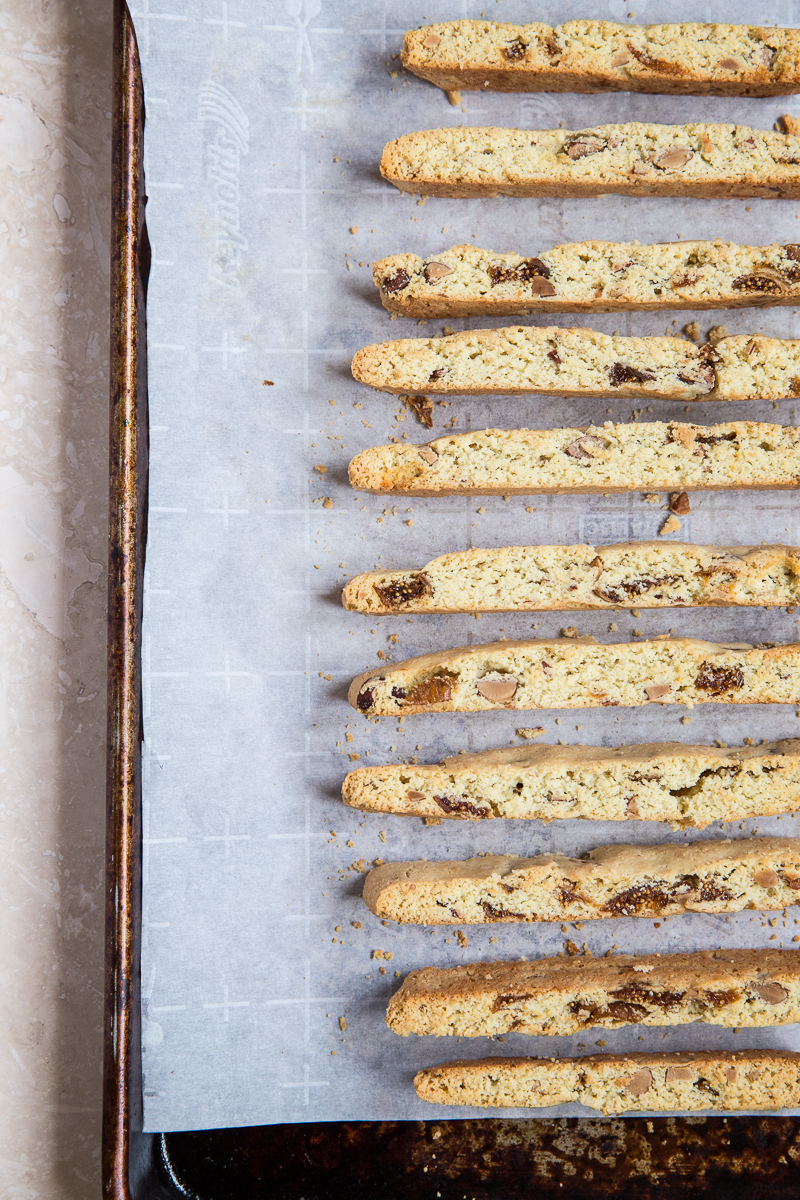 Our month spent in Italy was simple in so many ways. We were living in a smaller city of Tuscany, without a lot of tourism or sights to see so we were able to sink into the culture and live more-or-less just like the locals. One habit that we quickly picked up was dipping biscotti in our morning coffee. In Italy, this lightly sweet crispy treat is called Cantucci. Cantucci are smaller in size but overall taste just like biscotti. My favorite flavor combo was a fig and almond biscotti that I found at a local market and continued to buy throughout our month. At the beginning of our trip we vowed to not buy a lot of souvenirs or stuff but rather enjoy the culture as it came. So instead of bringing a bottle of olive oil home, I simply bought the best olive oil I could find while we were there and used it on every meal I could.  Same goes with our Cantucci consumption.  Though I would love to have a bag of these with me from my trip, our commitment to packing light prevented me from shlepping all of my favorite finds with me in our journey.  Of course, when we returned home I had a long list of recipe ideas to try and these were easily at the top. 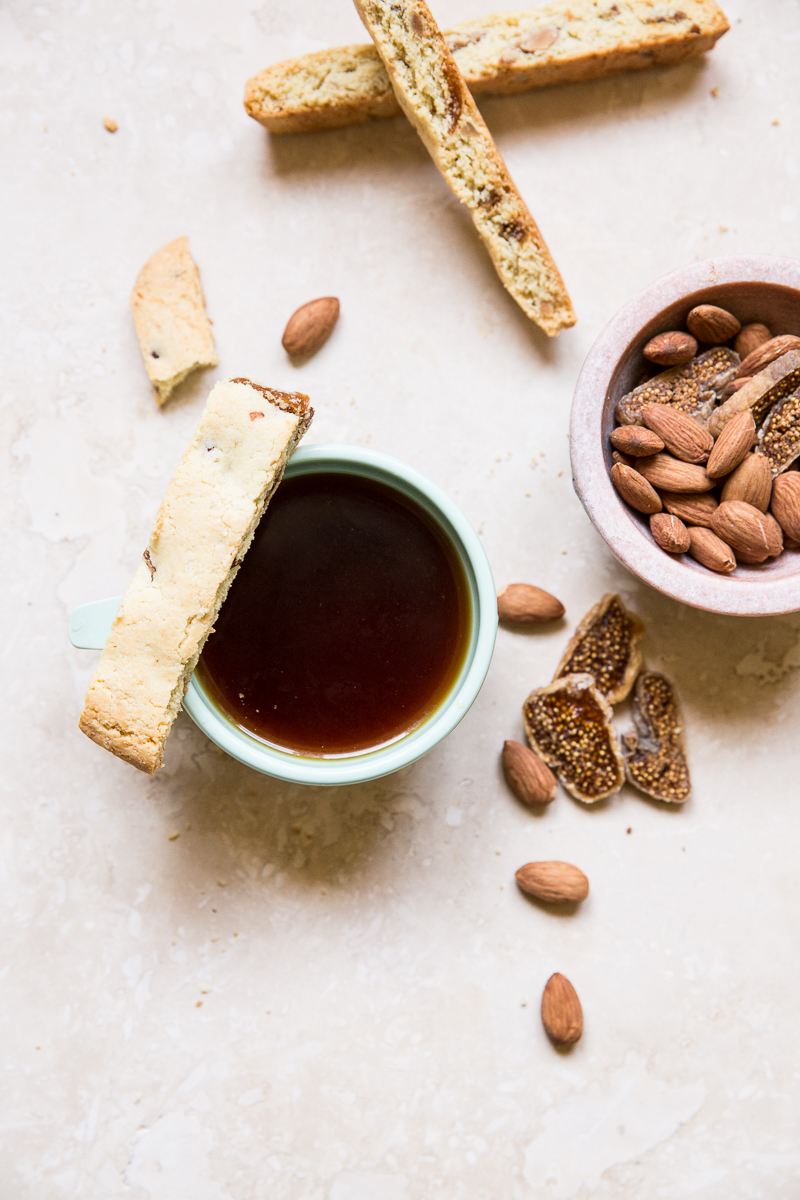 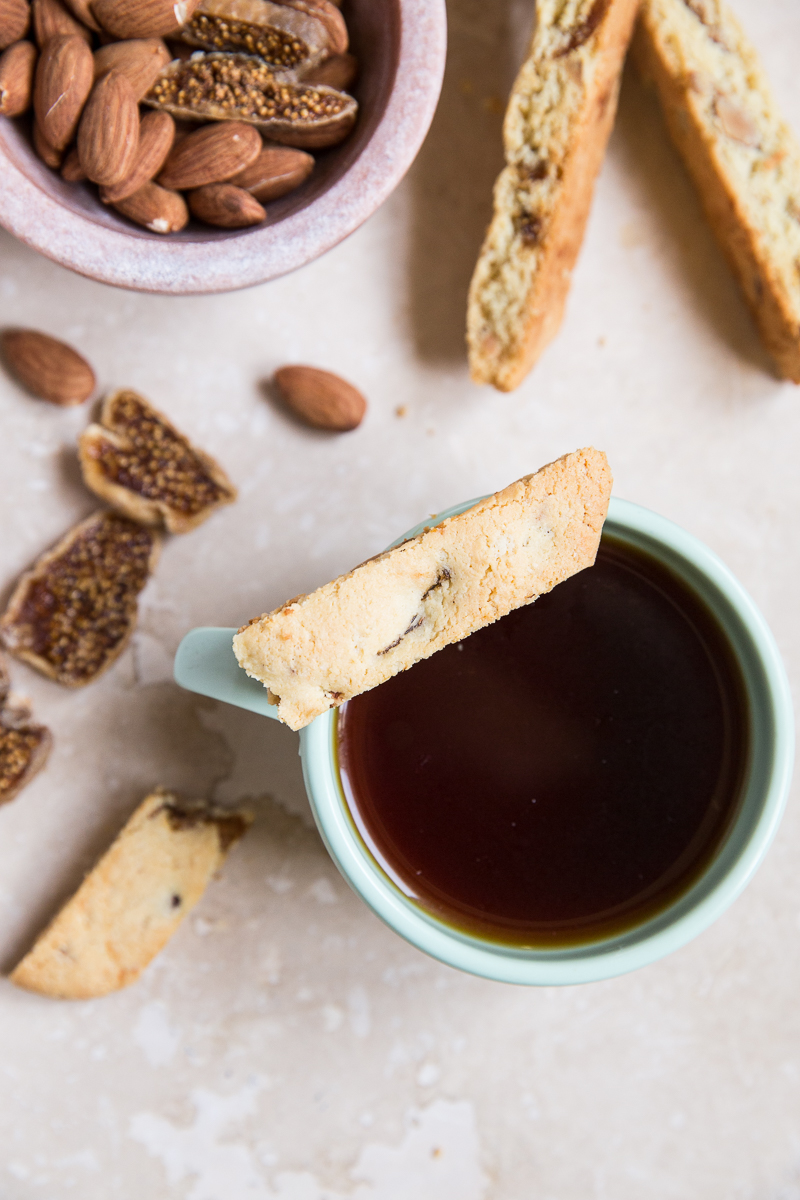 As I started testing this idea I thought it would be fun to try a gluten free version with almond flour.  Since the cantucci in Tuscany were almond-y in flavor I thought it would be the perfect match and it was.  These little biscotti are full of nutty flavor and still slightly chewy while being perfectly crisp to dip into coffee or milk. I use Bob’s Red Mill Almond Flour as it is so pure and consistent in flavor and texture.  Their almond flour also makes great banana bread, pancakes, and cookies!  It’s pretty much my go-to when it comes to gluten free baking. I also like the health benefits of almond verses many of the highly processed gluten free flours that are on the shelves these days.  You can find Bob’s Red Mill Almond Flour online and in many grocery stores.

How to make gluten free biscotti with almond flour

There are many variations to gluten free biscotti.  I’ve found that using almond flour is my favorite way. I don’t add any other flour in or use any combinations of flours. I alter this recipe only by changing up the additional mix ins like using cherries and hazelnuts, or mango and macadamia nut.  The almond flour makes for a perfectly crispy and nutty base for the biscotti.

What is the difference between Cantucci and Biscotti

There really is not difference between cantucci or cantuccini and biscotti.  They are both cooked twice. Biscotti actually means “twice cooked” in Italian.  Cantucci most frequently are an almond variety that originated in Tuscany.  Cantucci are usually smaller (like 3 bites) verses a longer stick like the biscotti. 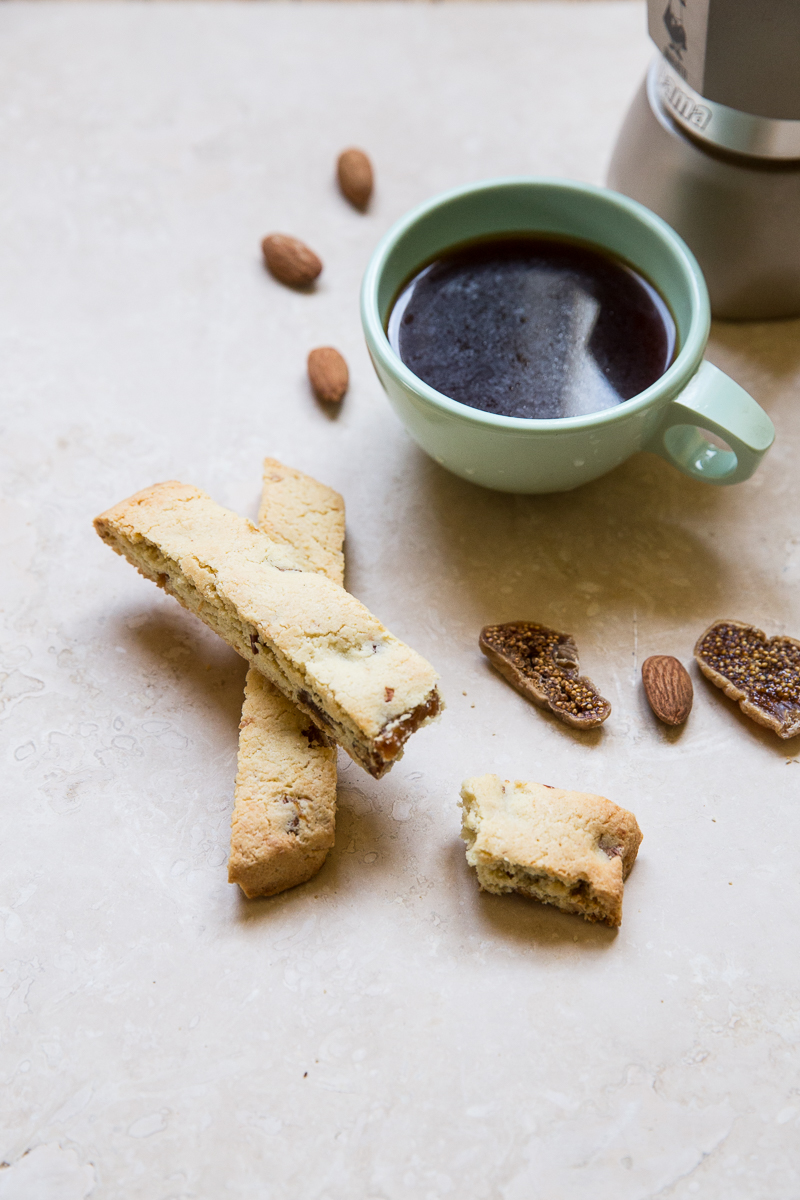 So, here’s a little taste of Tuscany for you!  I hope you’ll enjoy these biscotti as much as we do and maybe they’ll become a part of your morning routine as well. 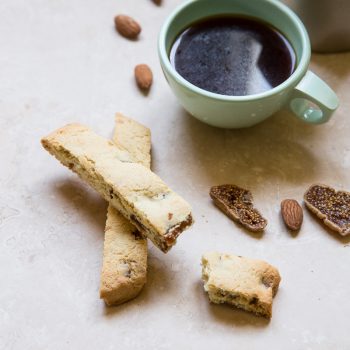