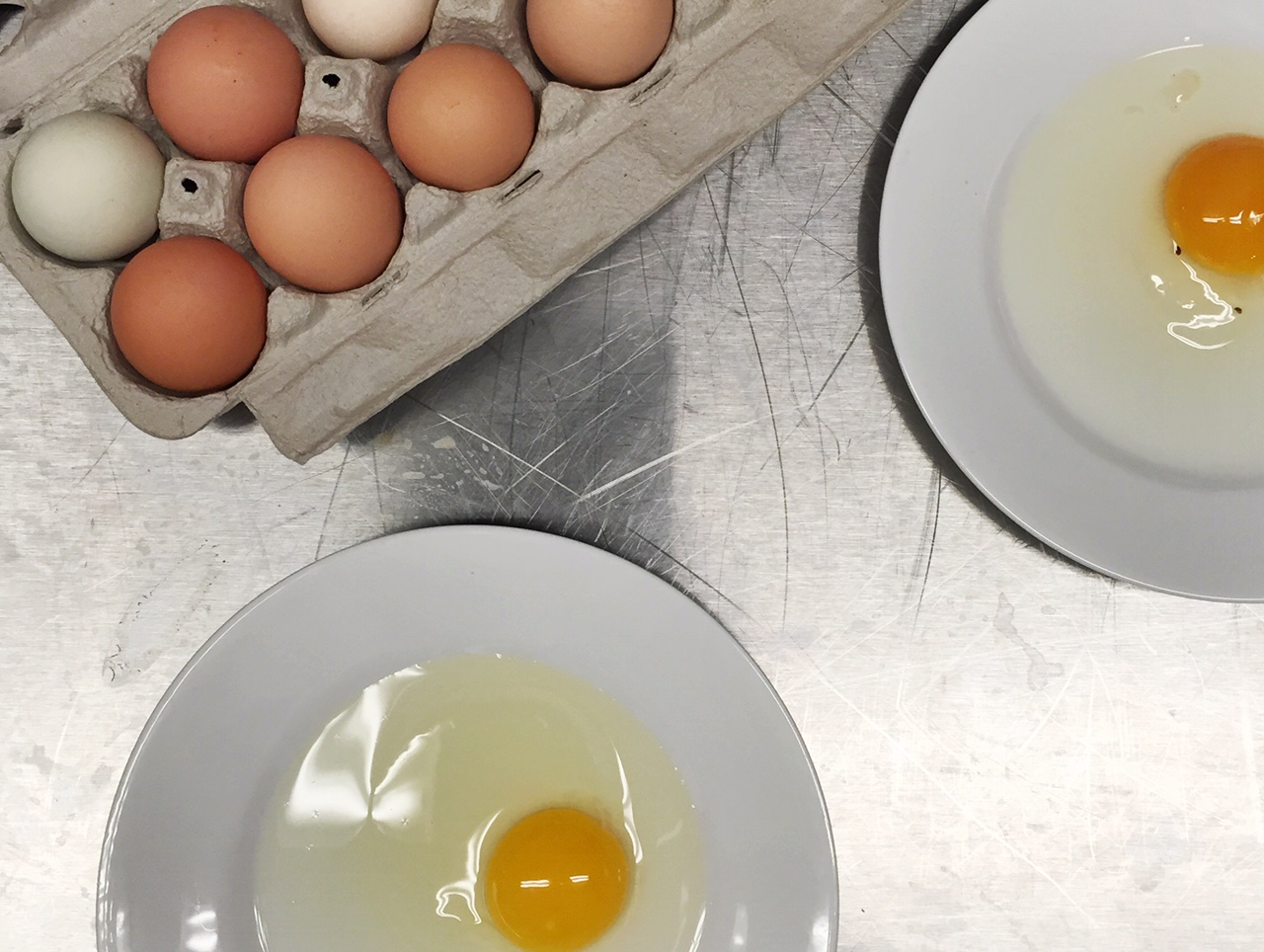 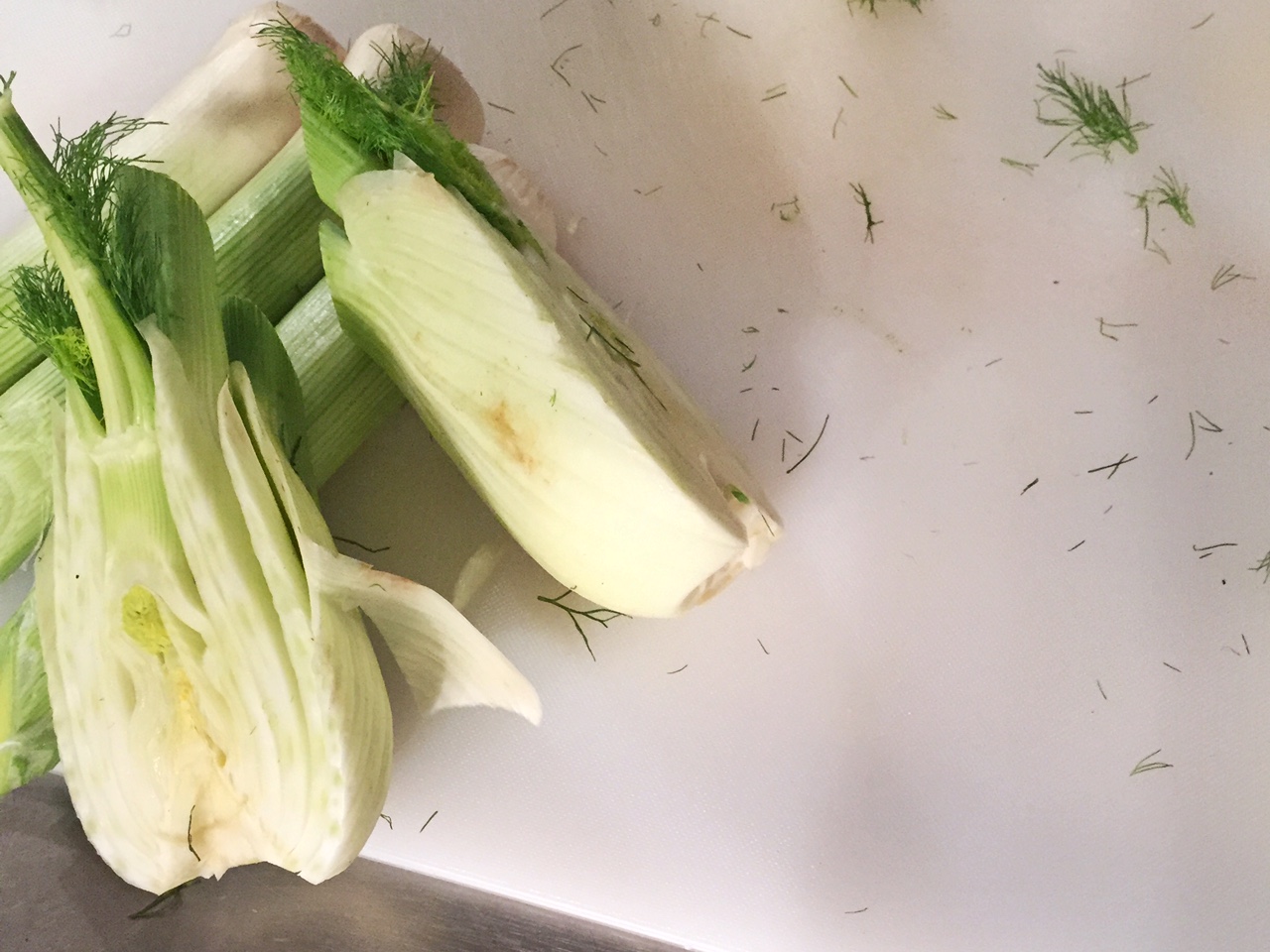 I promise to only speak kitchen lingo at culinary school (repeat, repeat)… like I won’t reference the mother sauces or when prepping a recipe I won’t say mise en place.  I won’t mention it when I’m chopping the three familiar vegetables for mirepoix, and when I make soups I will just say I’m adding herbs not a bouquet garni.  Phew… glad I got that out there 😉 Are your eyes rolling yet?  Once I step outside the culinary world I know this all sounds like snobby gibberish but at least now you all know that I’m learning something!  And to keep me humble I’m washing a ton of dishes. A TON… some of which contain parts of animals which we won’t discuss and which may have splattered all over my face.

This week in culinary school I learned even more than the amount of dishes I washed.  I learned the difference between a French omelette and an American omelet, one being much lighter and more delicate, folded twice, while the latter is more dense with more fillings and folded once.  We learned how to tell the difference between a farm fresh and an older egg.  Spin an egg on its side and if it spins evenly it’s fresh and the yolk is centered if it’s wobbly its not fresh and is also out of balance. 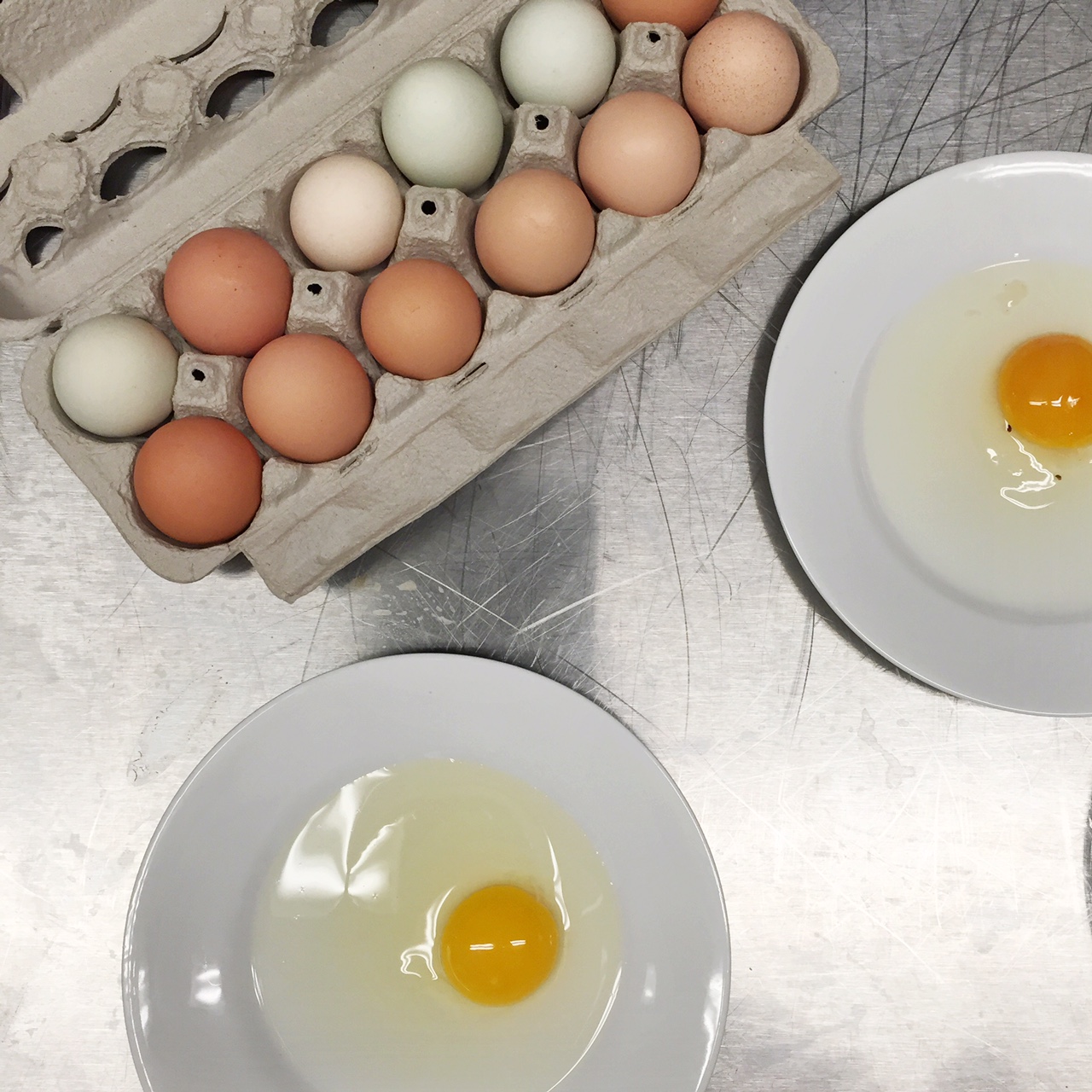 I overcame my annoyance with the hassle of artichoke prep by practicing a few techniques. 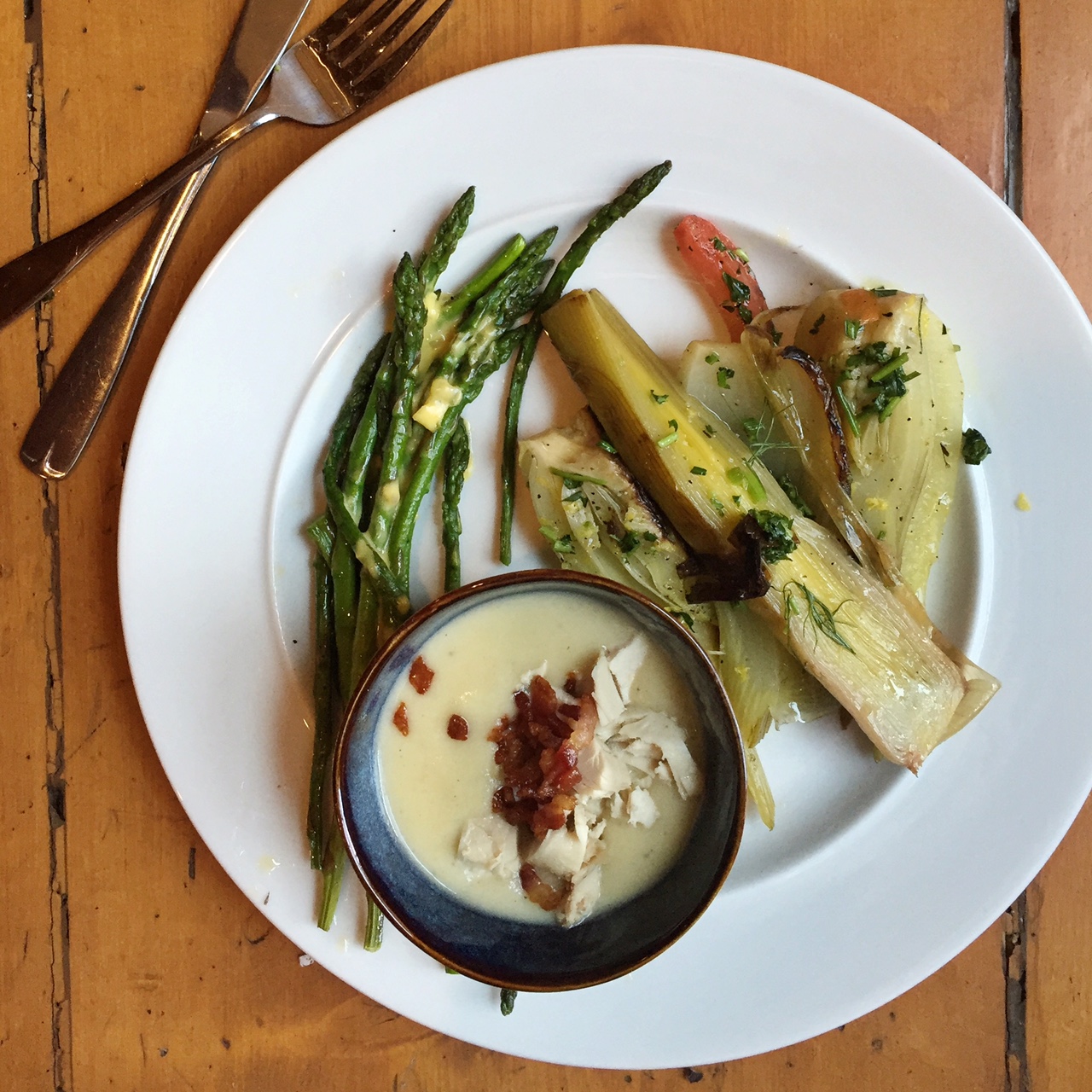 I learned how to perfectly braise vegetables, then continued to eat said vegetables. 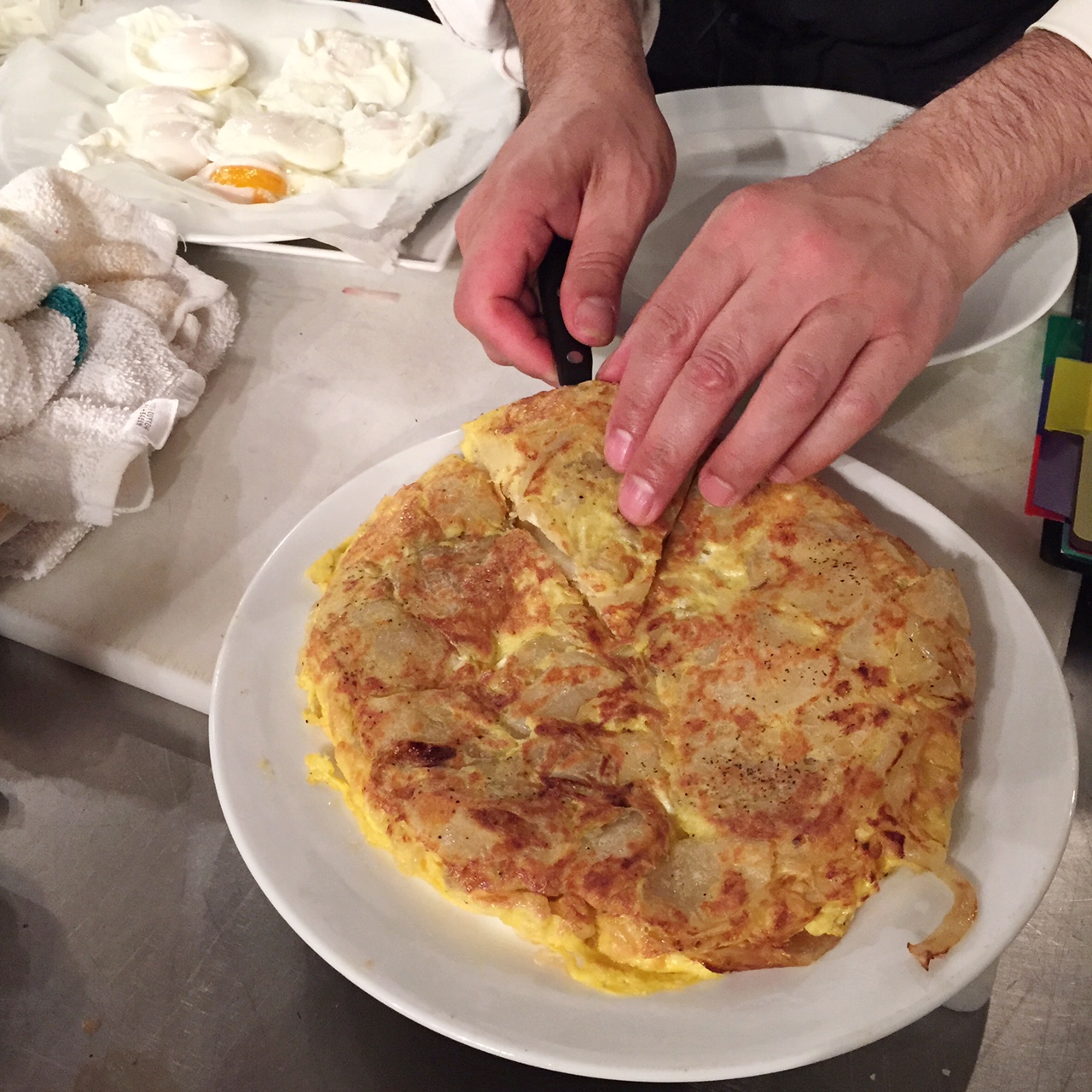 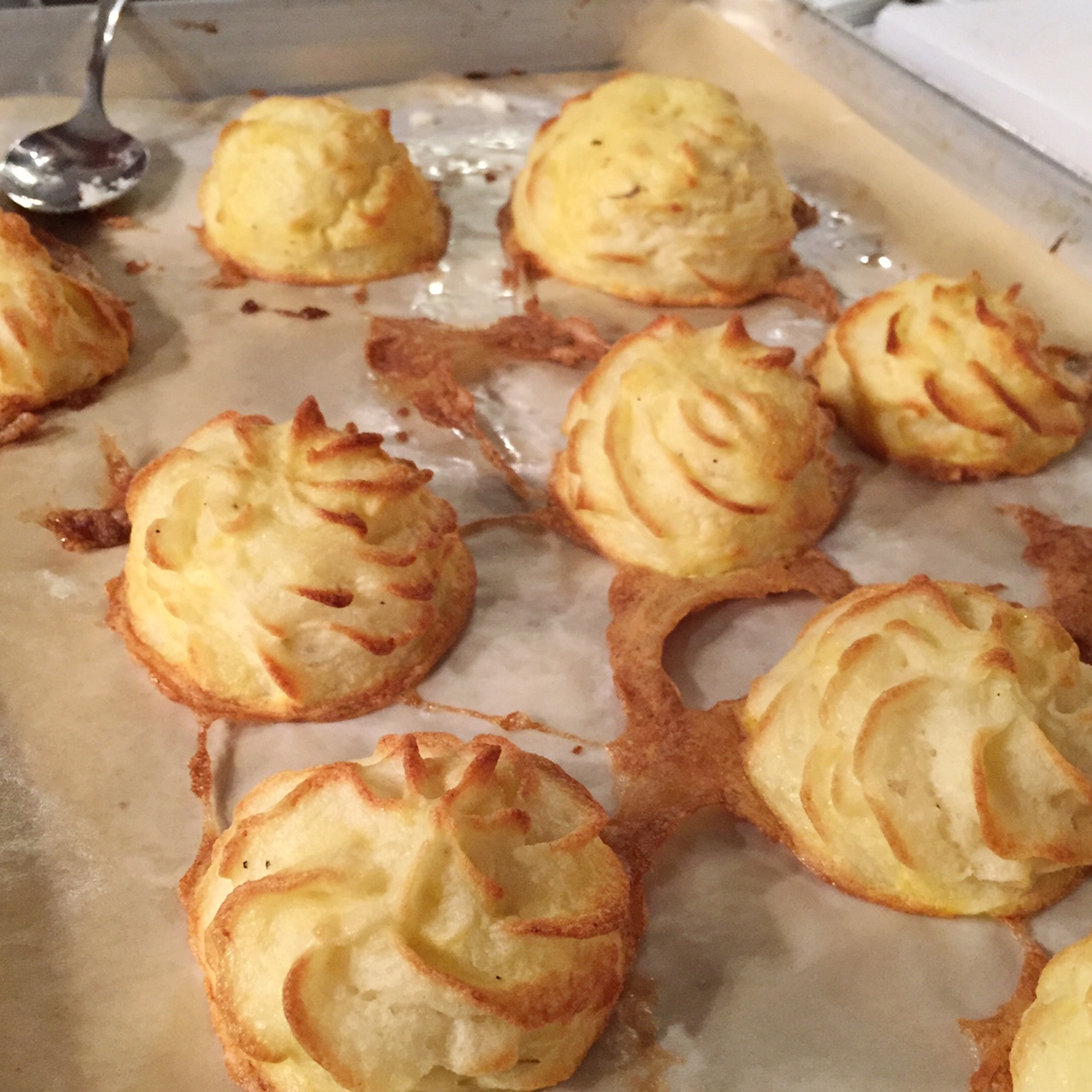 We were taught the basics of egg cookery and also learned several of the variations of cooking the humble potato.  We braised beef with a combination of toasted and freshly ground spices that would make your head spin they were so good.  And we made sauces, lots and lots of sauces.

This week our learning didn’t end in the kitchen, we also were able to step outside for some new tastes and experiences.  Our class visited a farm, watched Frody Volgger butcher a pig, sampled cheese, charcuterie and chocolate, watched the cook at the Bagel Project shape, boil, and bake bagels and tasted fresh jams made with love. It was a good week. 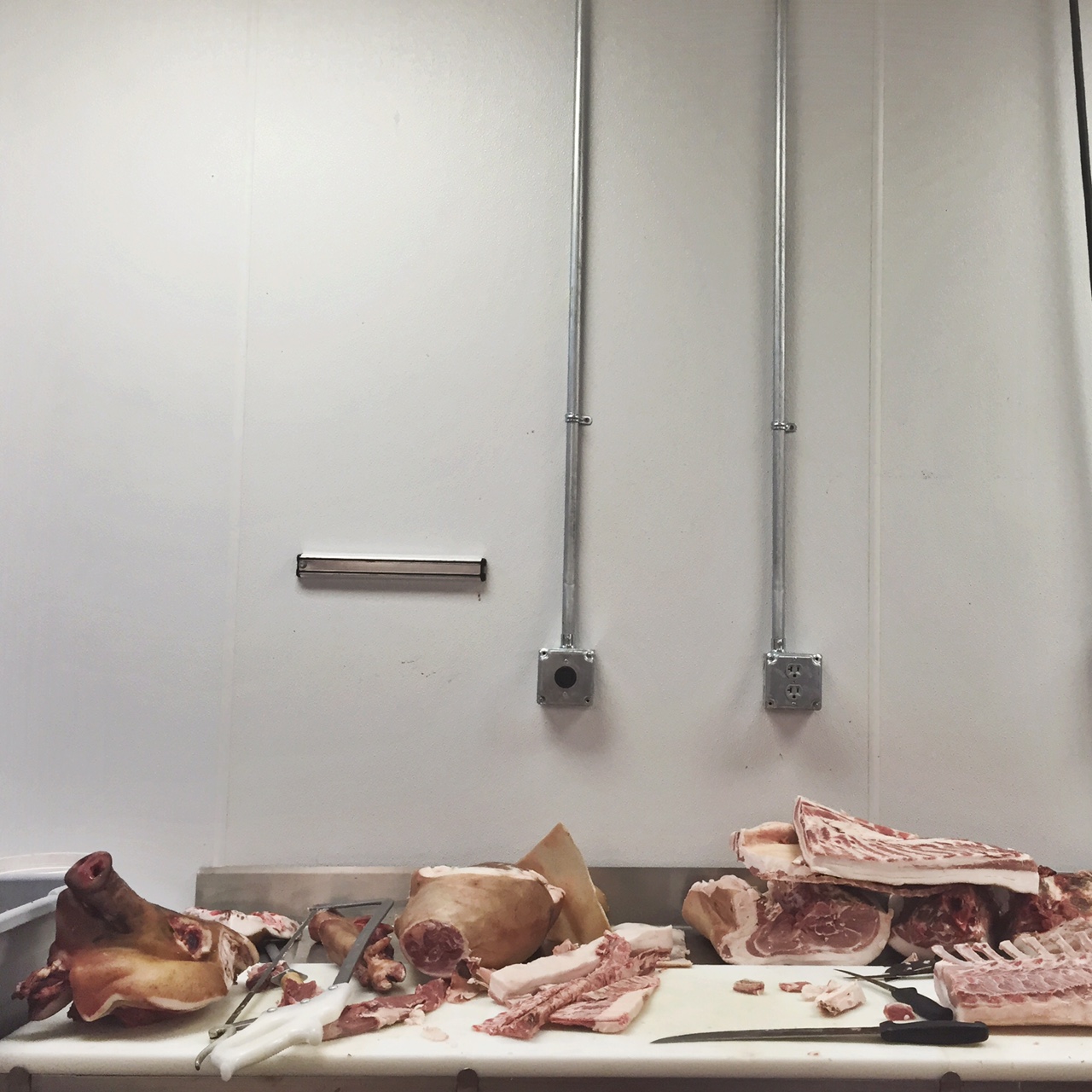 Here are my Culinary School Tips for the week:

If you buy eggs that aren’t extra fresh flip the carton over in your fridge so that the yolk is in better balance and cracks perfectly, yolk in center, when you fry or poach it.

Dry rubs for meat help draw the moisture of the meat out, allowing room for the spices to soak in.

Wine pairing tip – The size of the animal should determine the body of the wine.

If your mashed potatoes are too runny, spread them out on a rimmed baking sheet and bake until some of the moisture evaporates.

Chopped garlic is more intense in flavor than sliced garlic.

Stay tuned for more culinary school fun. Also, if you’re interested in taking on this journey yourself, check out my first Culinary School post which includes an incredible deal (it included dinner at the Thomas Keller’s French Laundry) for the summer session at Park City Culinary Institute.