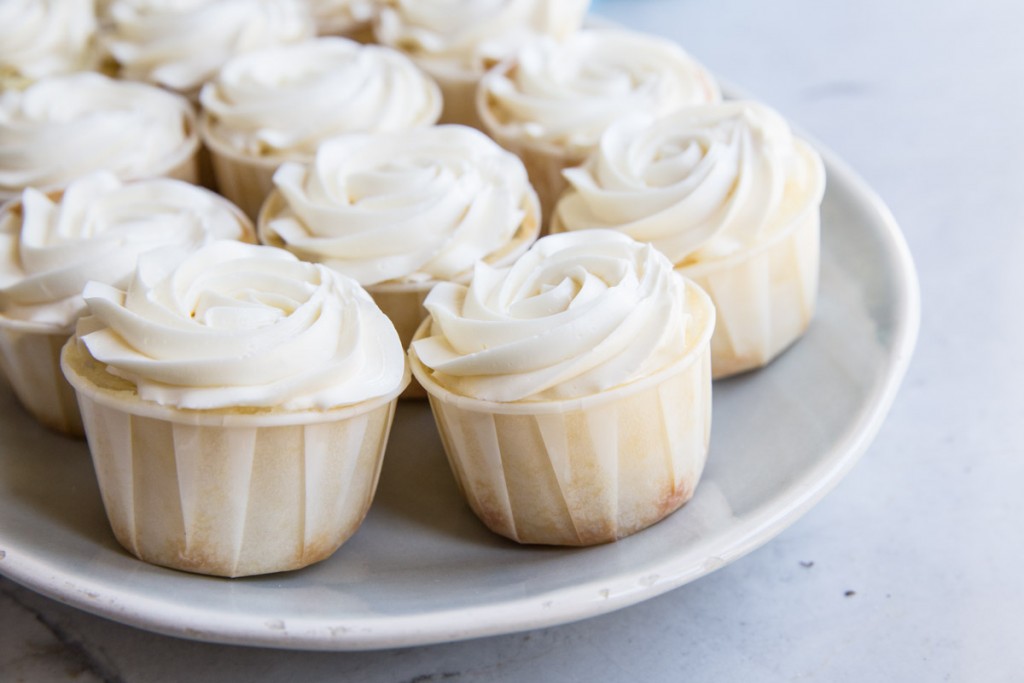 We had such a joy celebrating our tough guy’s 3rd birthday!!  These Vanilla Cupcakes were served to 60 or so of our dearest friends who saw us through the darkest months of our lives this year. 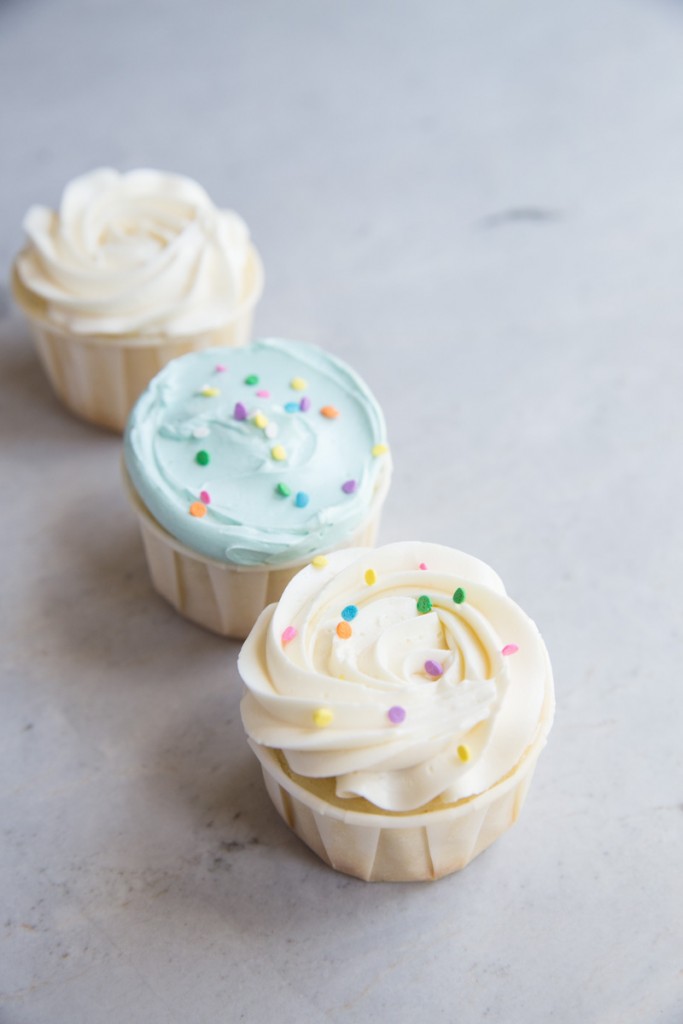 As I set out to make several batches of cupcakes for the big celebration, I hadn’t really planned on blogging the recipe.  I thought I’d easily find a trust worthy recipe and move forward with a smooth baking day. Not the case… as it turns out, cupcakes are way more tricky than you’d ever think.  I haven’t made a lot of cupcakes so I just assumed that they’d be easy because they’re just cupcakes, right?!

Wrong!!  I was so wrong.  I texted my very talented baking friend and she didn’t have a trusty recipe, which should have given me a clue to their finicky nature.  The first batch I made, I filled too high and were too liquid-y so they baked up way over the rim of the liners. I add more flour on the second round but then I forgot to spray the liners so the cake wasn’t easy to eat. Finally, third round was perfect… the cake perfectly dense and moist with great flavor! Horray, I had figured out the elementary task of cupcake baking! 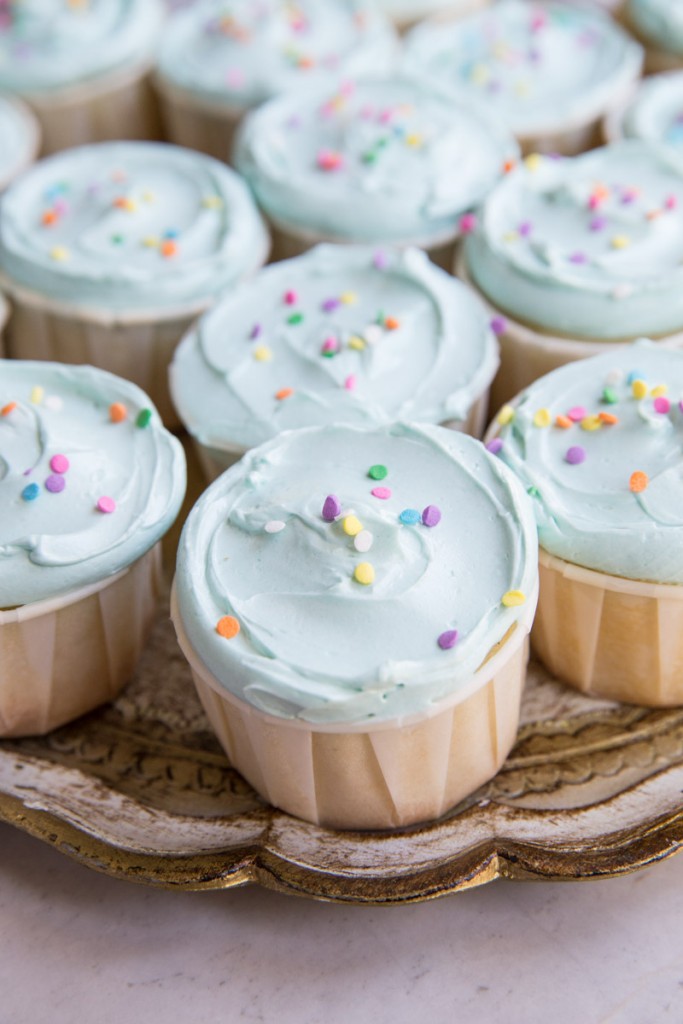 Then came frosting.  To start, I’m not a big cupcake or frosting person.  Which is also why it took me forever to find a recipe that I thought would be a good one. That aside, I don’t love buttercream frosting, it’s often too buttery or too sweet.  I asked my friend Haley to help me try and make some Swiss Buttercream instead of the traditional, as I thought the egg whites in the Swiss version would make for a creamy, lighter frosting.  I was so right on this one.  Our frosting was the best I’ve ever made.  I’ll be making it this way for years to come, as our little family grows and celebrates more and more kid birthdays and celebrations. 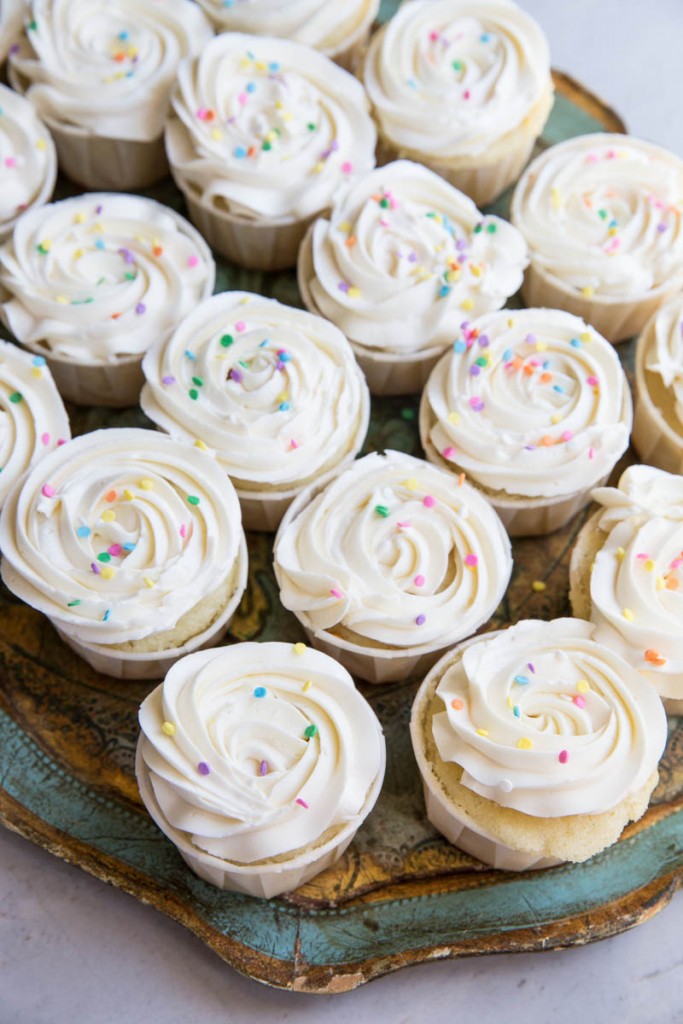 So, though I set out to make a simple batch of cupcakes, after my trials in the making, I decided to share with you my mistakes and my wins so that you too can make perfect vanilla cupcakes for your loved little ones! 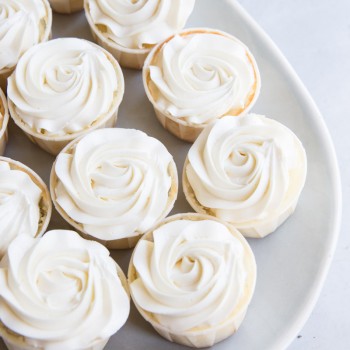 Butter and eggs must be at room temperature before making cake. If your eggs are cold place them in warm water for a few minutes before starting the process. Adjustments to consider if at a different altitude (I live at 4,200 ft). If at a higher altitude try using all purpose flour for more structure, decreasing sugar (sugar tenderizes), or increasing egg yolks (for structure). Try just one at a time until you get a good balance. If you're at a lower altitude, you'll want to do the opposite as your cake or cupcakes will rise slower - try increasing leavening or sugar and decreasing flour or egg yolks.
Tried this recipe?Let us know how it was!

Cook egg whites and sugar over a double broiler to 160 degrees or until white and foamy. Stir constantly with a wire whisk.  Transfer mixture to a stand mixer and beat over medium high until stiff peaks are formed. Slowly add in 1 lb of butter about a cube at a time. Once well incorporated add in a pinch of salt and 1 tablespoon of vanilla.  Transfer part of the frosting to a pastry bag with your preferred tip and frost the cooled cupcakes.

Frosting Tips: I used a _ inch tip to make the flour-like frosting decoration, starting in the center of the cupcake and swirling outward with just one layer. And for the turquoise cupcakes we used a _ inch circle tip to pipe the frosting then a small spatula to even it out. Sprinkles are always required for kids cupcakes 🙂 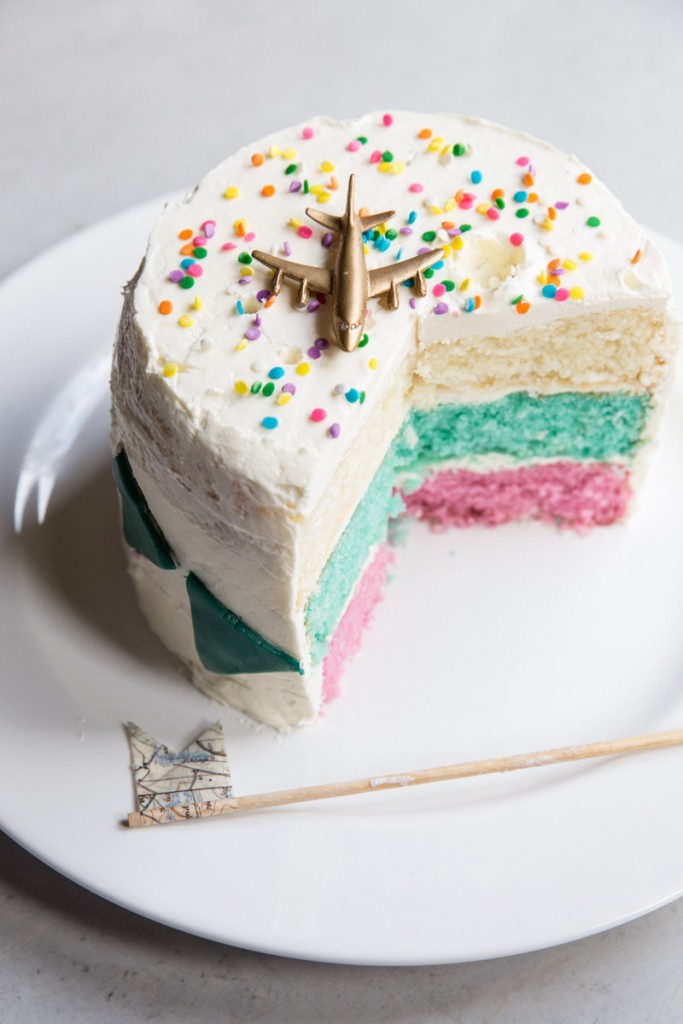 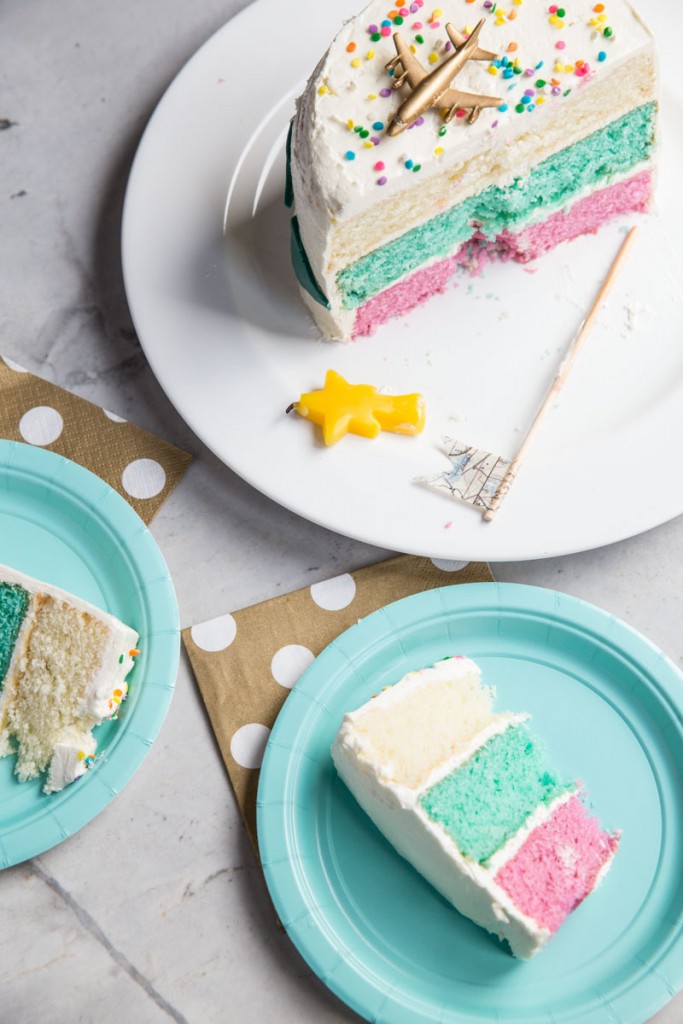 In addition to cupcakes I made a little version of my friend Annalise’s Obre Cake using 3 6 inch pans and the same buttercream from the cupcakes.  I used the extra batter from the cake to make more cupcakes but found this cake recipe to not make great cupcakes as they pulled away form the liners and were a bit too airy.  It made a perfect cake though and Everett loved the colorful layer surprise when we sliced into the cake!