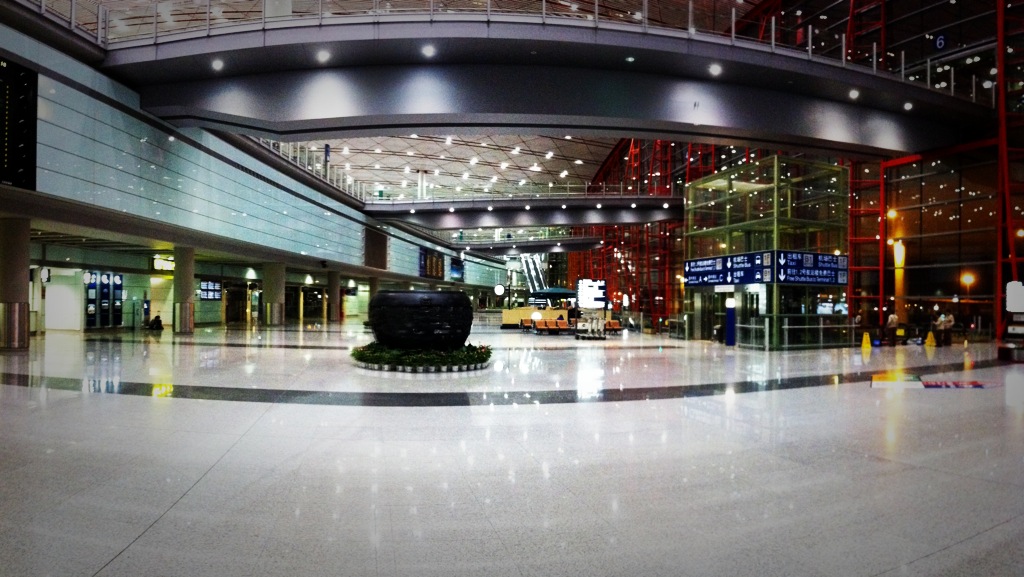 I close my eyes and press the back of my head against the head rest of the airplane seat as the plane excels and lifts off into the air. Thrilled by the unknown of what lies ahead in our travels and excited to see my friends and family, my head swarmed with excitement. Thirteen hours later we landed in Beijing and began our journey around China.

The first portion of our trip was in Beijing. We were staying with family friends and also visiting a friend who used to live in Salt Lake City. We arrived at about 11:30pm, our bodies still confused by the time, we felt wide awake and ready to take on a new culture. I have been in Beijing before, about 7 years, ago but the airport was unrecognizable, a destination in itself. It was probably one of the most beautiful airports we have ever experienced. 7 years ago the Beijing airport was a sight for sore eyes, dirty and crowded. The Beijing Olympics of 2008 transformed the city in many ways, one of them being a new International terminal for the airport.

We met our driver near the luggage area and drove about 35 minutes to where we were staying. He seemed to be taking the back roads, weaving and winding around other cars, through alley ways, and driving along the wrong side of the street at times, but we arrived safely and were greeting warmly by our hosts and a comfortable bed.

The following day we woke up to homemade multigrain waffles with blueberry jam and hot coffee. Starting off the day with familiar foods was good, knowing that we would be eating Chinese food the majority of the time. After breakfast we met up with my friend QingQiong to tour the city. Her and her boyfriend, Sam, spoiled us by picking us up in a car for our adventures of the day. 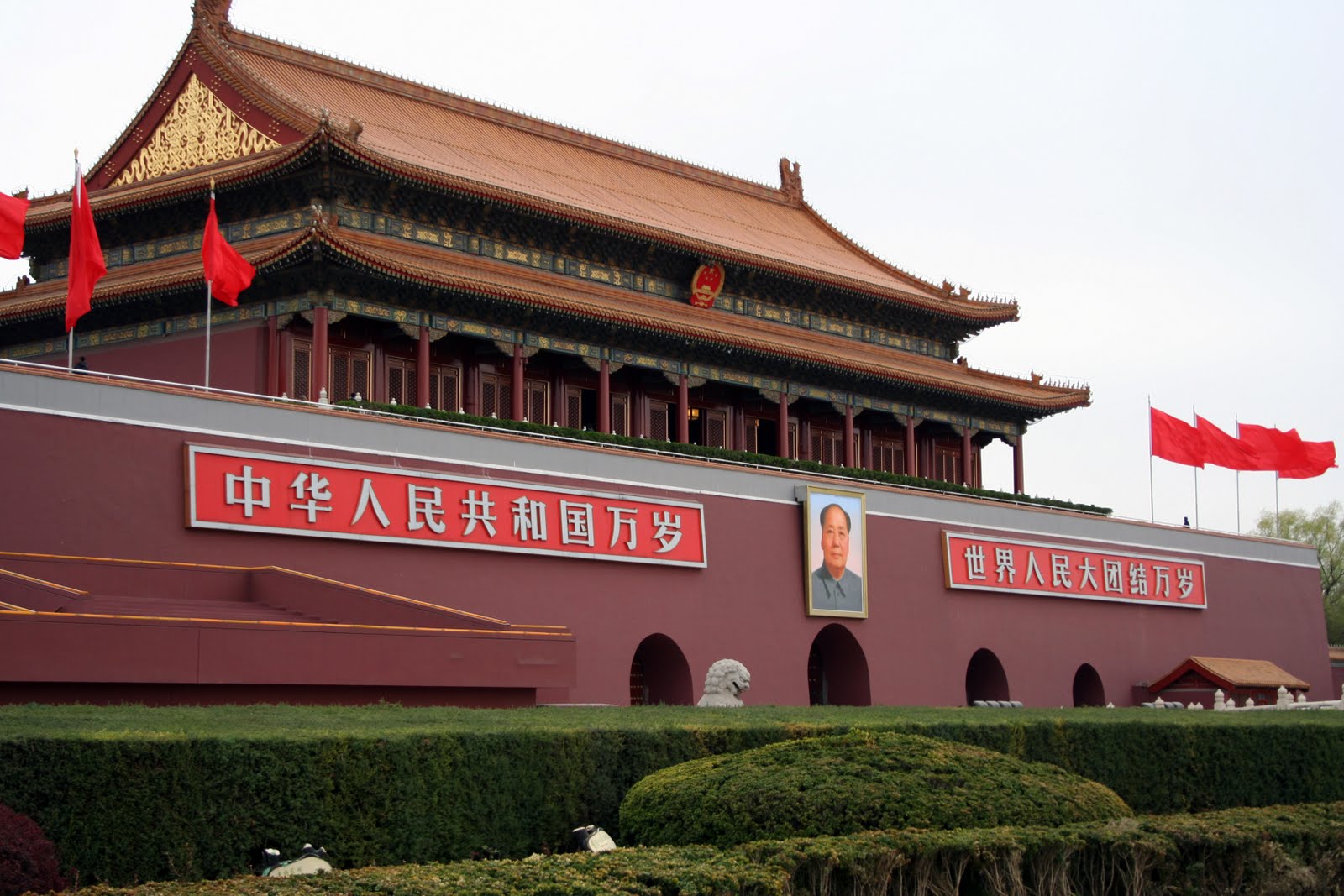 We toured The Forbidden City, sipping milk tea along the way, and then sat down in a warm cafe for Hot Pot. We had been looking forward to trying traditional Hot Pot and we loved every bite. We sat down around a large pot and cooked meats and vegetables in spicy broth and mixed a variety of sauces to accompany our food. I especially enjoyed a tahini and sesame oil sauce that QingQiong mixed up for me. 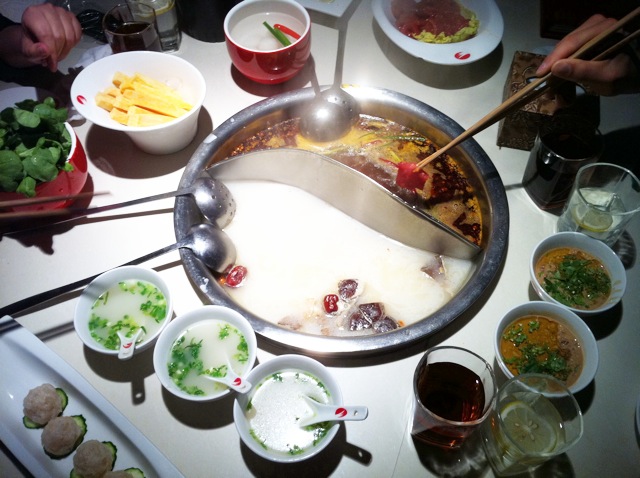 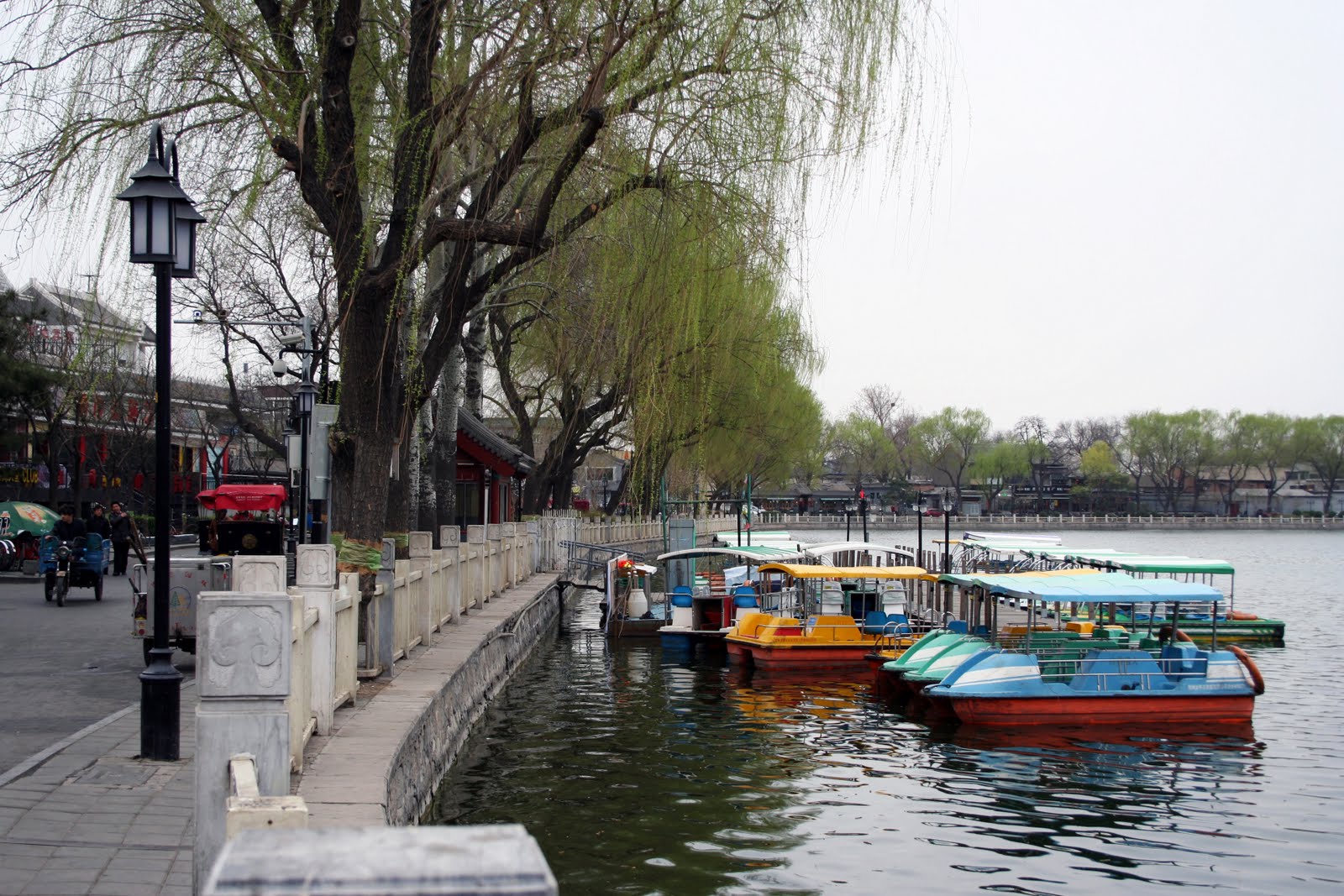 We then walked up to the Drum Tower to watch the ancient tradition of announcing the time of day to the city by a drum ceremony. We also walked around the Houhai area, wandering along the lantern lit water side. We moseyed into the small alleyways of the Hutong neighborhood, visiting the local shops and cafes along the way. I found this to be a hip area of Beijing, as they’ve turned old streets into a variety of stylish stores and cafes. 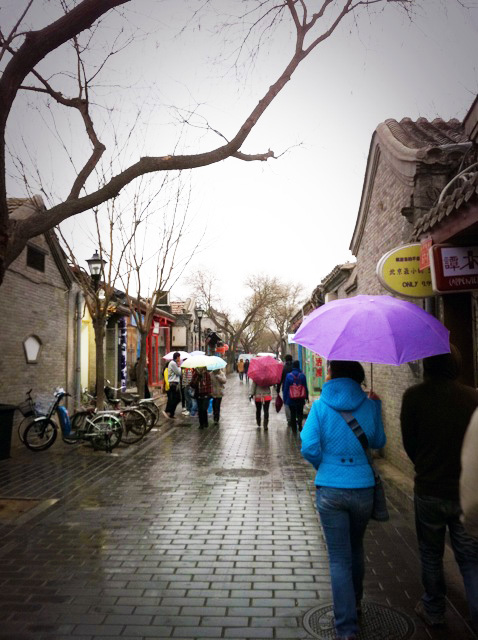 Shopping in the Hutong neighborhoods

We finished off the day with a quick visit to the Pearl Market then dinner of Peking Duck, a Beijing staple. Full and exhausted we literally fell into bed, not being able to remember if the day was reality or just our imagination.
Our first observations of China:
different smells
grey skies
colorful buildings
friendly and helpful people
difficult to breath the air
lots and lots of people
>no rules on the road