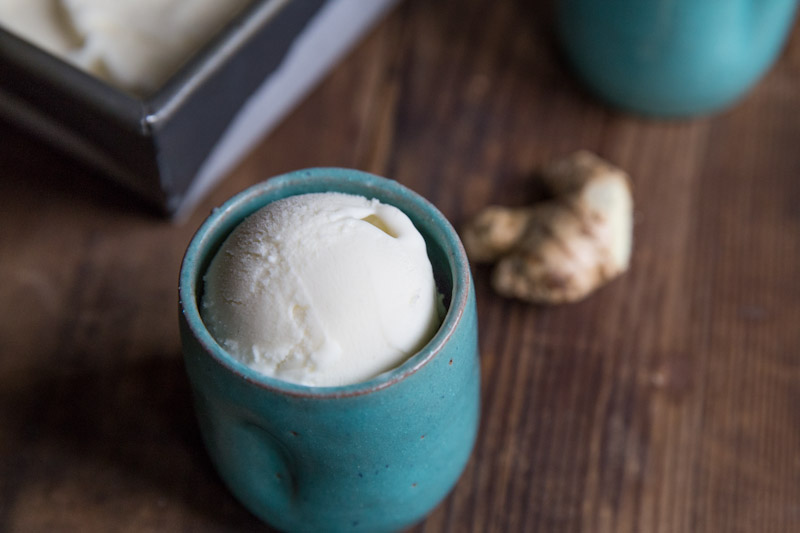 A few weeks ago, after receiving a few fragrant vanilla beans from Rodelle in the mail, I asked my instagram friends for suggestions on how to make the best use of these natural beauties. I got so many great recommendations and sounded just perfect – Vanilla Bean Frozen Yogurt.  To spice up the frozen yogurt a little I added some ginger and the result… pure bliss. 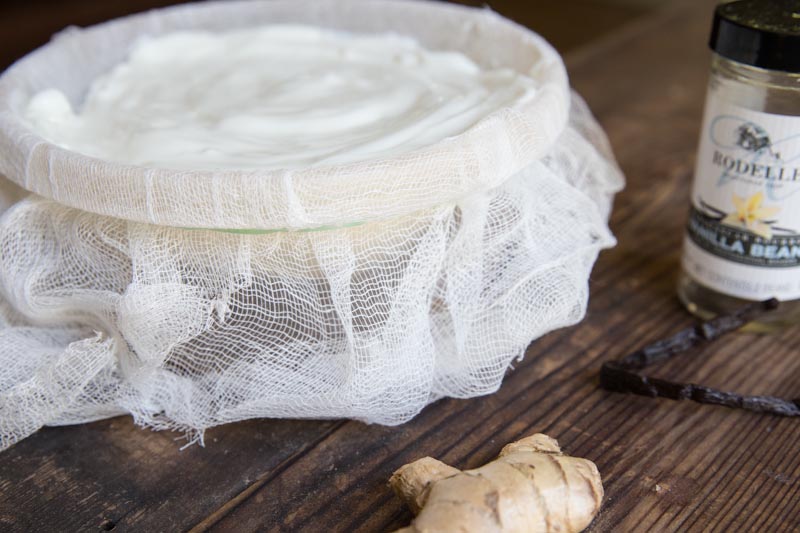 Rodelle Vanilla is having a big Ice Cream Contest, in which the winner gets a kitchen aid stand-up mixer!  It’s a great excuse to dust off your ice cream maker!! 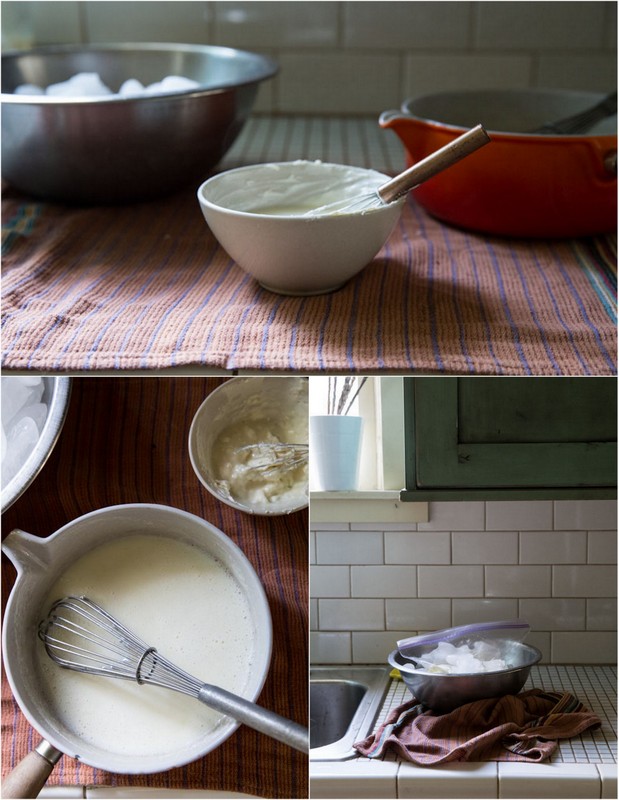 Whenever I get my hands on vanilla beans I feel an urgency to make something special, something with a touch of elegance putting the small flecks of vanilla on display. I’ve made vanilla bean rum cake with a rum caramel sauce, which made an incredible birthday cake for a friend. Most often I make homemade vanilla bean yogurt, so this frozen yogurt was an extra special treat. And after meeting Jeni from Jeni’s Ice Creams at her recent book signing in Salt Lake, I had the perfect frozen yogurt base recipe to use! 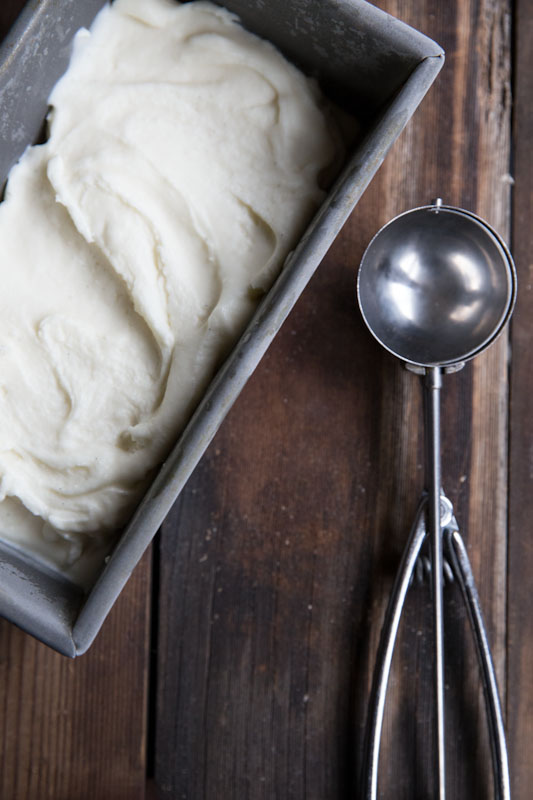 Thanks to all of my friends on instagram for all of the amazing ideas!!  Here are some vanilla bean recipe ideas that I’ll be making in the near future: 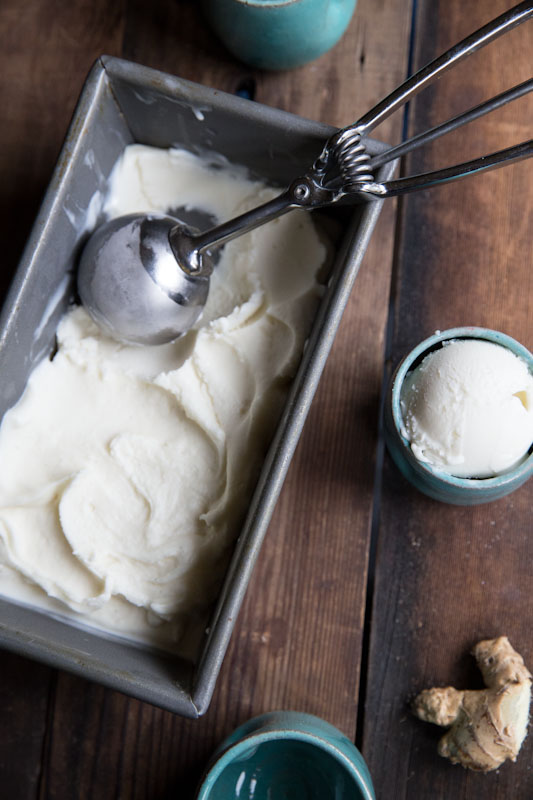 This recipe was adapted from Jeni’s Ice Creams‘ Frozen Yogurt Base Recipe.